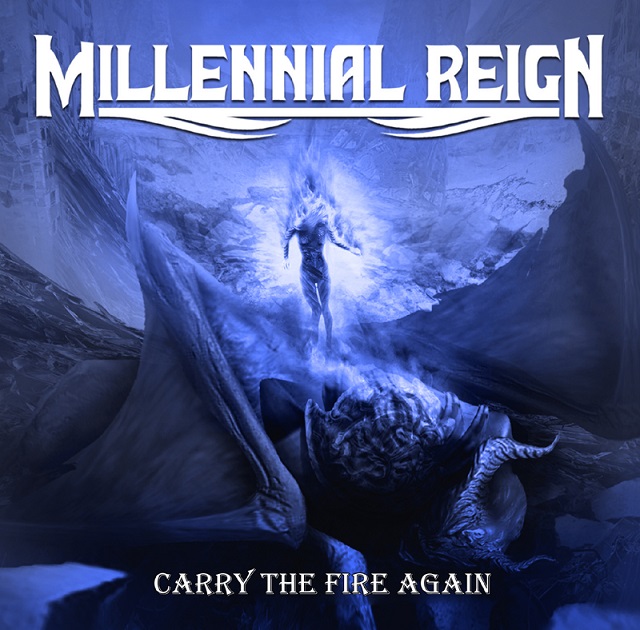 Four song EP from the Texas based band which is a rerecording of songs from their 2015 album Carry The Fire, now with vocals by Tiffany Galchutt. Live they have supported Stryper, Accept, and Y&T, and their traditional/power metal songs should have went over well amongst those fans.

"Way Up High" uses spirited keyboards with splashes of accents as a focus with the riffs, steady tempo, with harmonies on the chorus. Riffs are harder more dominant and driving in "Millennial Reign", while Gregorian like sounds, darker key effects, punchy riff opens "Innocent Cry" like old Symphony X. Guitar lead melody begins "Men Stand Alone", riff chugs along and between the two it feels like early-‘90s Stratovarius meets Dream Theater. Tiffany's tone works well with the music, and Reign are likened to the east coast based female fronted MindMaze. A posting at the band's Facebook page says a full-length album is coming later this year. Curious what they will come up with.