MOTÖRHEAD - Louder Than Noise...Live In Berlin 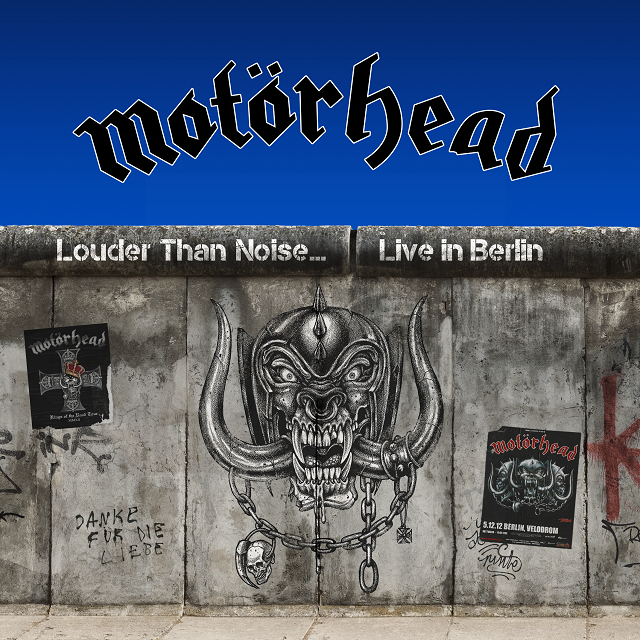 Filmed on December 5, 2012, this DVD/CD package brilliantly captures and preserves Motörhead as they bring their Kings Of The Road Tour to the Velodrom in Berlin, which according to frontman Lemmy Kilmister is “the biggest place we’ve ever played in Germany.” Dressed all in black, the brim of Lemmy’s hat shades his eyes from the bright lights in the truss overhead. Unlike guitarist Phil Campbell who roams the stage, Kilmister remains stationary behind his microphone, monitors, and fan, igniting the enthusiastic audience with his instantly recognizable voice and unique approach to the bass; he’s in fine form. The setlist goes back as far as 1979 with four songs from the band’s second album Overkill; and reaches up to 2010 with “I Know How To Die” from album number twenty, The Wörld Is Yours. Although the tracklisting displays fifteen titles, “String Theory” is actually Campbell’s solo, during which his guitar lights up! Prior to launching into “Rock It”, Motörhead pauses for a quick drink, and Mikkey Dee smashes out a drum solo mid-way through “The One To Sing The Blues”.

Expertly filmed, the camera angles are numerous. However, an edit between “Ace Of Spades” and the encore of “Overkill” should have been made as viewers at home don’t need to endure that wait for one more song. Warning: Spoiler Alert – Motörhead are joined onstage by Frank Bello, Rob Caggiano, Scott Ian, Jon Dette, and Joey Belladonna for a one of kind rendition of “Overkill”. Reason being, this was the final night of a 21-show run with Anthrax serving as direct support to Motörhead. Although the strobe lighting makes it difficult to view, especially when compared to “Going To Brazil” or “Killed By Death”, it’s a historic moment that can now be shared by all. Unfortunately, there is no bonus footage, behind the scenes material, or interviews. But, housed inside the digipak is a nine-panel, fold-out poster. Ultimately, Louder Than Noise… Live In Berlin is a welcome treat as the world lost Lemmy in 2015. There will never be another like him.