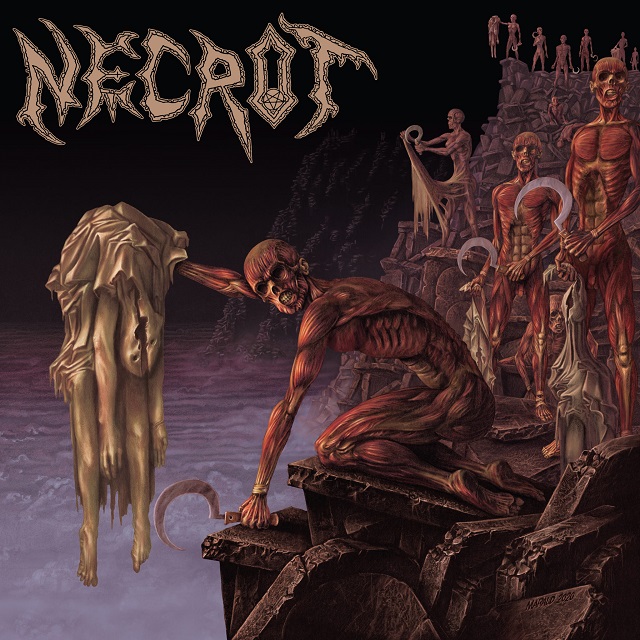 All eyes are on this Bay Area death metal band, Necrot managing to create quite a mark in the DM scene with just one full-length, 2017’s Blood Offerings. And now they’re back with Mortal, a concise, 38-minute rager that proves the band’s skills at both heads-down grinding and plowing forth (opener “Your Hell”) and a very old-school Swedish DM sense of songwriting (killer second cut “Dying Life”). “Asleep Forever” could be on any number of legendary death metal records, its sense of riff and song is so sharp and so to the point of what makes DM great.

As always, the band has a slight underground punk urgency poking through in the vibe and the delivery of these songs, which gives this a ton of life, the whole album just killing it, and, really, ending far too soon, which means it ends right on time. Spirit and atmosphere is so important in death metal, and Necrot just nail the spirit and the atmosphere of the classics here, the band laying down killer riff after killer riff, stomping beat after stomping beat, total raw, ugly death metal but not cavernous and not without a strong sense of song. I’m taken back to when I heard Entombed for the first time and just had my mind blown wide open that bands could be that heavy but still deliver songs. It’s a bold move only having seven songs on this album, as the band seems pretty optimistic that this will be a death metal album for the ages; whether or not they’ve done it with Mortal remains to be seen, but there’s not a weak song in the bunch here, even pushing-it-at 8:33 closing title track just banging hard until the end, the final riff absolutely killing it. Blood Offerings was a great debut, and Necrot have refined their attack and stepped things up on Mortal.