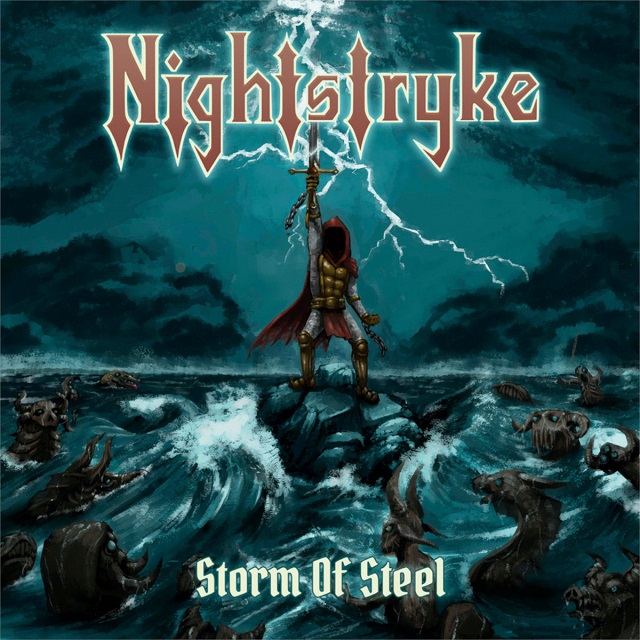 Initially disconcerting, a lone acoustic guitar being the only instrument, but it's just one of a pair of instrumentals intros within the ten compositions. Once "Read The Omens" kicks in, all is revealed. Drums introduce the short 3:19 "Dogfight", as the guitars trade off, apparently representing the namesake aerial combatants. Religious tinged "Chains Of Faith" also starts with acoustic guitar, signaling a change of direction (as well as temporarily painting a different mental picture of the band and their purpose), by putting the brakes on the speed/intensity quotient. Nightstryke still offers an electric guitar break within its midst. "Nosferatu", up next, sees Hermunen adopt an over-the-top vocal spike, akin to Enforcer (with whom the promo literature references, but heretofore, in the running order, has been unwarranted). It also puts to bed any misguided visions of Stryper, given what came before. Can see an onstage side-to-side sway for mid-tempo "Stranger's Blade", with a bit of Alan Tecchio (Hades) in the vocal department. Old school, twin leads commence the concluding title track, but they quickly switch to a galloping, more modern (faster) picking, with omnipresent break. Given the Euro-Canuck locales, can easily see the two acts co-existing. The only battles for "territory" would be at a festival or aboard the (once?) numerous cruises. Happy sailing!