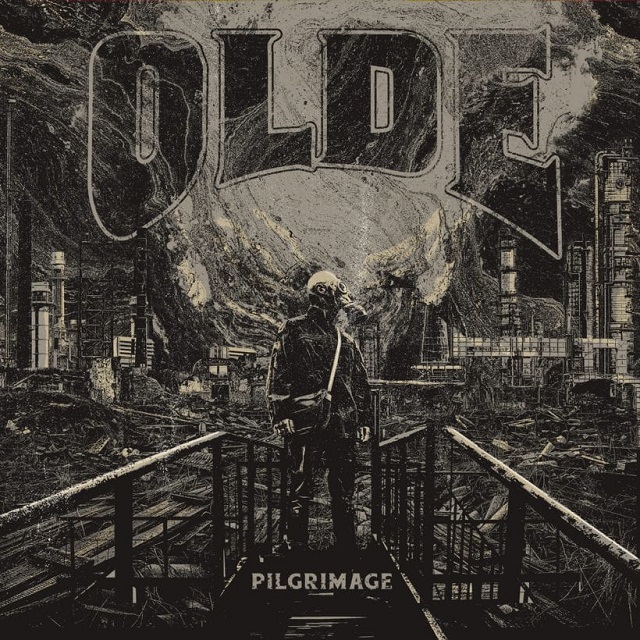 We dug this Malton, Ontario doom band's last album, 2017's Temple, giving it a pretty glowing 8 out of 10 review. Now here we are with a new album, their third, and the band has moved up a level with their label(s), for good reason: Pilgrimage is a great album, and it's that much more rewarding and swords-in-the-air awesome than its predecessor.

The opening title track is a great opener, setting an epic, sludgey, doomy, yet not too alienating or antagonistic vibe. It's a really fantastic, glorious way to get started. Then “A New King” drops some up-tempo Mastodon doom-rock, and I usually hate it when a band who isn't Mastodon sounds like Mastodon, but Olde pull it off well here (mainly because it's not too too Mastodony). Certified batshit solo on here too, and I'm guessing it's Voivod's Chewy, who drops a guest solo somewhere on this record (could maybe also be in “Depth Charge”); with that Canadian seal of approval, you know it's good. “Medico Della Peste” gets a bit too party-guy stoner-rock for my liking, but they make up for it with “In Defiance”'s excellent melodic sludge and “The Dead Hands” left-hand sonic twists (hello, saxophone!).

“Under Threatening Skies” presents as heavied-up, doom-laden trad metal; think Gates Of Slumber for a solid reference point, or High On Fire taking it low and slow. And closer “Wastelands” goes slower and heavier, but the band really taps into a pure metal vibe here, this album coming closer to the cohesive sound that really defines Olde. I feel like they're almost there, and they're giving us a killer soundtrack of their journey.