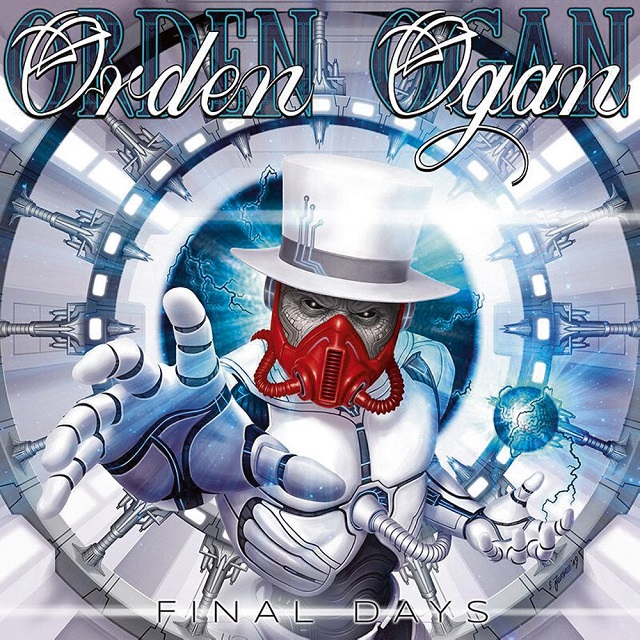 Final Days is the sixth studio album from German power metallers Orden Ogan, however the power metal isn’t readily apparent on this record. They are for sure in the Brainstorm, Serious Black, Powerwolf, Sabaton family with grittier guitars and mid-range vocals. A sci-fi concept, see the video for “Inferno” which has a more modern chorus, produced by band leader, guitarist and vocalist, Sebastian “Seeb” Levermann, the music is slightly different from the previous album, Gunmen. Final Days’ opening track “Heart Of The Android” incorporates more an Evergrey type chugging riff, the guitars drop out during the verses, to a rhythmic chorus. It still sounds like Ogan, but it’s not the Euro type galloping delivery or hook. “In The Dawn Of The AI” adds futuristic keyboard accents and works in more a traditional Blind Guardian tempo presolo.

“Interstellar” features Gus G. (Firewind) on the solo and more in the traditional power metal family in the arrangement and triumphant big chorus. Ballad "Alone In The Dark" focuses on the vocals, complimenting orchestration, with Ylva Eriksson, singer for Brothers Of Metal. “Black Hole” again feels more Evergrey (which is fine) than power metal with the cascading keys and drum patterns. Accenting leads during the chorus on “Absolution For Our Final Days”, which again has this American type modern rhythmic break. Interstellar keys begin “Hollow”, brings back the charging European chorus, with the background orchestration as an accent, and plenty of shredding in the solo. Nice piano piece in closer “It Is Over”.