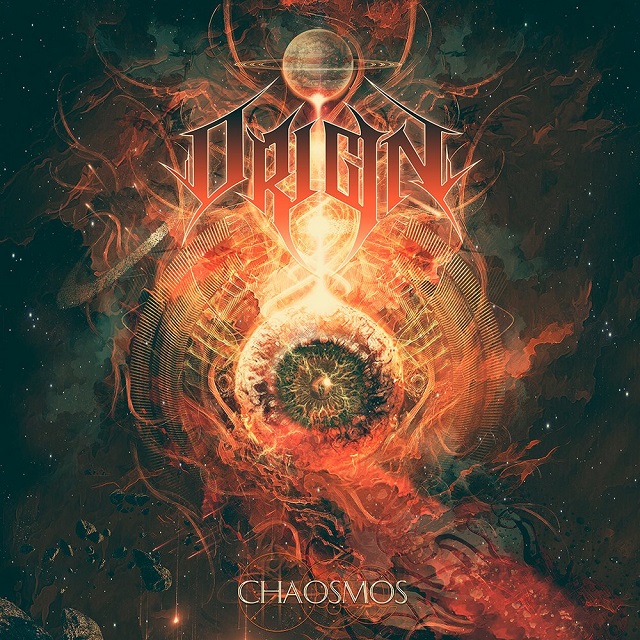 US tech DM shredders Origin never disappoint, really, and here on their eighth full-length the band surprise right out of the gates by dropping the most memorable riff they've ever laid down, “Ecophagy”'s opening being something you'll actually... remember... after the album's done. And as much as I love Origin, I've never actually remembered anything they've written once the music ends.

So, solid start to what is, obviously, a solid album, the first seven songs racing past in a brisk 33 minutes or so, and then closer “Heat Death” taking a solid 11 more minutes to do its thing (well, kinda ends after eight minutes, but who's counting?). It's a smart way to sequence the record; also smart is how the title track shreds and flails until its ending riff, when things slow down to a sludge, and then “Cogito, Tamen Non Sum” brings the drum workshop we knew was coming, and “Panoptical” follows it up with the guitar workshop we also knew was coming. So, sure, it's Origin, but it's just so perfect, the production so crisp and clean, the playing so energized and economic, the band showing a new, sharper sense of songwriting, again displayed on the breakneck “Decolonizer”, which takes Wolverine Blues-era Entombed near-d-beat swagger and death-and-roll stomp and filters it through new-school American tech DM for quite a song indeed.

And here we are, talking about songs on an Origin record, “Cullscape” continuing the streamlined focus on hooks but never losing the chops we all flock to Origin for, and then the aforementioned “Heat Death” a massive, groove-and-tech-infused whiplash of a closer, with what could almost even be called a vocal hook in there, Origin really nailing the point home that they've never been more focused and sharp, and also never smarter with their songwriting.