OUR OCEANS - While Time Disappears 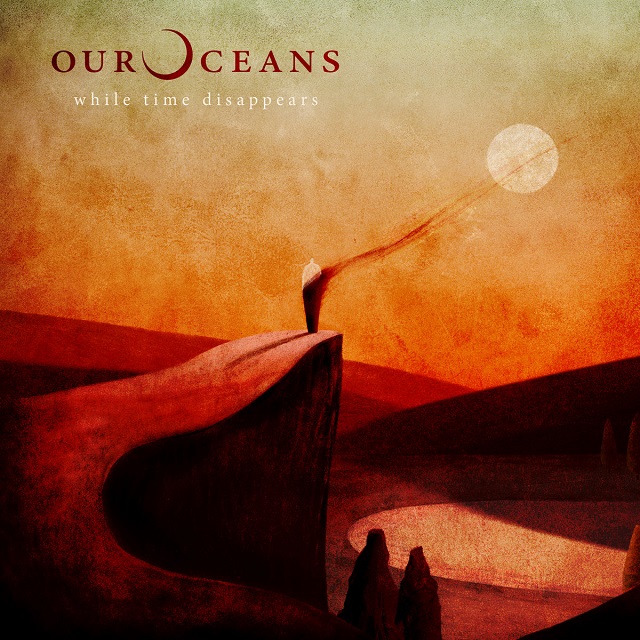 We reviewed Our Oceans' self-titled album four years back and were impressed with the band—featuring two dudes who did time in Cynic—and their slippery prog sound. Here on While Time Disappears, the fellas (that would be ex-Cynic members Tymon Kruidenier on vocals/guitars and Robin Zielhorst on bass/vocals and ex-Pestilence drummer Yuma Van Eekelen) have focused in on one of the strongest aspects of their music: emotion.

Tons of it, songs like the soaring “The Heart's Whisper” absolutely hitting places you're maybe not expecting this music to go, although anyone who spent any time with Cynic knows what people involved with that band are capable of. Here, opener “Unravel” is full on button-up-shirt prog, while “Weeping Lead” goes to a sort of melodic doom place, with much success. “Motherly Flame” flirts with the '80s Frehley's Comet guitar tones (that's nothin' but a good thing), while later songs like “You Take” end up harnessing Jeff Buckley more than Jeff Waters, until it taps into that, like, song and a half where Radiohead were actually really good. “With Hands Torn Open” is a wild closer, the band flying high, slinking low, zigging left and zagging right, emotions flying high, the trio playing the holy hell out of their instruments, everything just a glorious, contained cacophony.