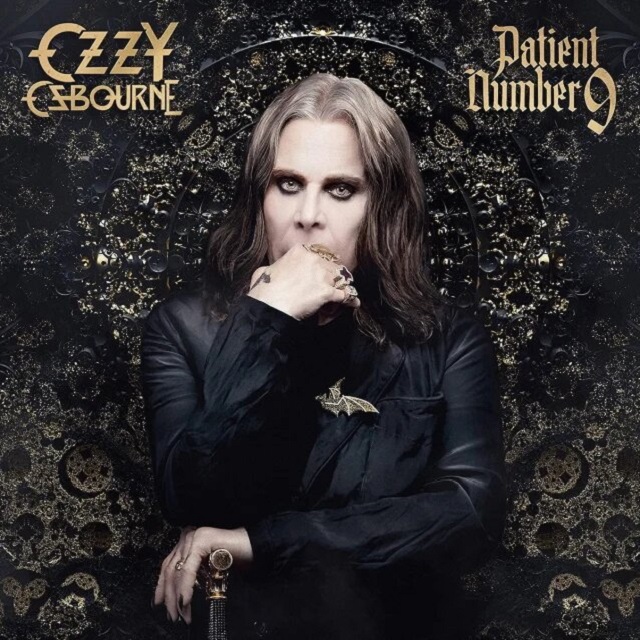 It’s 2022 and Ozzy has left the banalness of Ordinary Man and entered the asylum as Patient Number 9. Quite a stark contrast in presentation from his 2020 outing. It was a surprise to hear the Prince of Darkness was stepping down from his throne once again to record another album and fans were left wondering how he got it done considering the barrage of news stories depicting his ongoing health struggles. Patient Number 9 is an honest record that is capable of being great, but it’s bogged down by the same issues of its predecessor, but is has stronger songwriting and a better guest list which makes for a more cohesive listening experience.

No coincidence that the best tracks are the ones featuring Zakk Wylde and Tony Iommi. These guys get Ozzy and what he’s all about and their mere presence alone elevates the material they plan on. “No Escape From Now” takes the crown with vintage Iommi licks, a doomy atmosphere and then an up-tempo mid-section. It’s a classic Ozzy/Sabbath connection and composition. The Ozzman rekindles his “crazy” persona with the surprising twists and catchiness of “Mr. Darkness” and the jovial stomp of “Evil Shuffle” – each replete with sharp performances from Zakk. The title track and first single becomes better on repeated listens and has more depth musically being over 7 minutes long.

The Eric Clapton led (who’d ever think Clapton and Ozzy would work together?) “One Of Those Days” takes a more bluesy feel naturally with a nice blend of organs in the rhythm section. Can’t help but chuckle at the line “it’s one of those days I don’t believe in Jesus.” “Immortal” tries and mostly captures the spirit of the Diary Of Madman days while “Parasite” is bogged down by a modernized poppy chorus. The trippy “Nothing Feels Right” is an interesting addition to Ozzy’s work and sounds better in the context of the album rather than on its own. Symphonic elements present itself on the other Jeff Beck track “A Thousand Shades”. A nice song, but doesn’t like classic Ozzy.

Track ten features other single and Iommi presence with a modernized version of “The Wizard” with “Degradation Rules” and Patient Number 9 should end right there, but the patients are running the asylum as last three tracks “Dead And Gone”, “God Only Knows”, and the short outro “Darkside Blues” forcefully keeps proceedings going. They are forgettable and should have been left on the cutting room floor; not to mention it makes the record go over the hour mark.

What holds back Patient Number 9 from true greatness is Ozzy’s obvious processed vocals, choruses that are a little too poppy, and Andrew Watt’s production. Watt should be not be focused on producing Ozzy like a pop/rock record – this is heavy metal! The rhythm guitars need to be beefed up desperately and the drumming needs more variation and thunder. Give me something that sounds like No Rest For The Wicked or No More Tears!

With that said, kudos to the man who is a bonafide legend and icon in and his dedication to keep creating new music to entertain the masses. Patient Number 9 has its faults, but there are genuinely some great songs and that makes it his best album since Ozzmosis.