PARADISE LOST - At The Mill 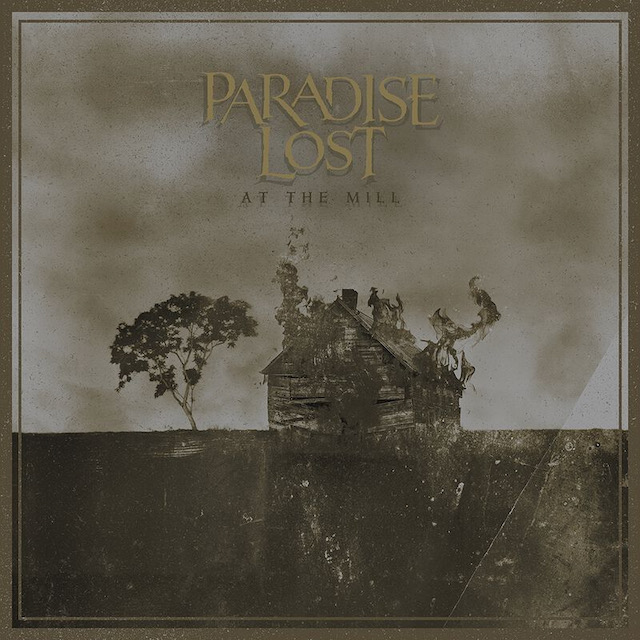 This live album is a documentation of Brit mope-doom-rock titans Paradise Lost's livestream from last year, recorded not in an actual mill, which I for some reason can't stop imagining, but instead at The Mill Nightclub in the band's hometown of Yorkshire, England. Opening up with the massive “Widow”, from the group's, uh, iconic Icon album, then launching into “Fall From Grace” from last year's great Obsidian is a great double-shot opener, showing how the band has grown and changed yet arrived back at their classic sound.

The production here is great, clear but allowing a few cracks through, and it works wonders for most songs, although “As I Die” is still mighty but just doesn't sound as powerful here (granted, I think the studio version of this song is completely untouchable, so it has a bit to live up to). “One Second”, however, is surprisingly raw and toughened up; “Embers Fire”, which sounds huge here, reminds us of how this band was once poised to be the next Black Album-era Metallica stadium-crushing metal band. “Beneath Broken Earth”, from 2015's The Plague Within, rules, a monolithic and regal doom song that comes across stately and crushing live. 1999's Host is even represented (no, nothing from 2001's ill-received Believe In Nothing is here), with “So Much Is Lost” showing up surprisingly late in the concert, and working well enough, sure.

“Ghosts”, off the latest album, brings its post-punk atmosphere to the stage perfectly and is a highlight. This serves as a great documentation of a weird time when the word “livestream” became really commonplace and reminds me that, man, this band's catalogue just rules, even their weirder stuff fitting in perfectly here amongst the doom anthems that have made the band legends to legions of longhairs.