PERPETUAL ETUDE - Now Is The Time 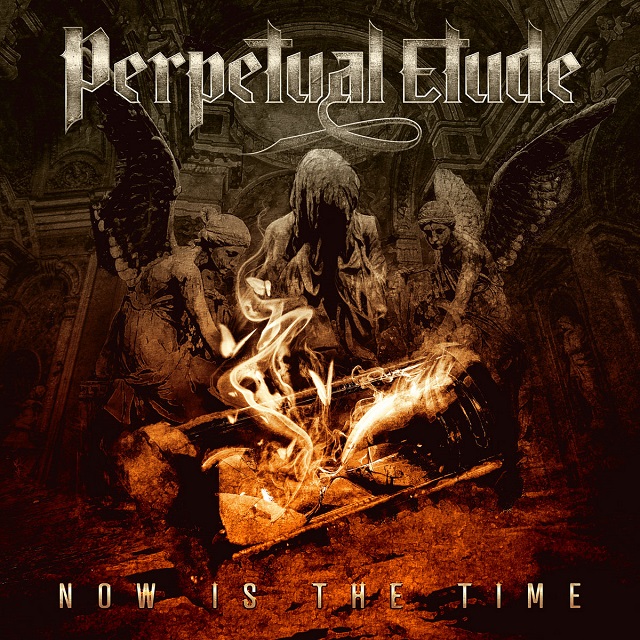 Melodic Swedes exist in parallel universe as the Joe Lynn Turner era Rainbow, albeit with Mr. Man In Black still willing to lay down some stirring guitar and not completely preoccupied with writing hit American radio singles. Debut offers eight high energy guitar/keyboard hard rockers that once upon a time COULD have been heard over the airwaves (with Japan getting "Ignition" bonus). Founder/guitarist Magnus Mild also plays in NWOTHM act Air Raid. He had Goran Edman (Yngwie/John Norum) sing on "Sail Away".

"I've Got The Power" is a powerful opener, peppered (as is much of the material) with spirited six-string runs. Follow-up "Show Me" is more of a commercial ‘80s number. Still, Mild can't avoid adding his (otherwise unwarranted) two cents, actually more like $0.52 Ozzy/Ultimate Sin influenced flourish. Alternating between heavier and lighter shades, prominent pulsing keyboard notes accent "Straight Through The Heart". Kinda "Street Of Dreams" intensity, until guitar and keys "go off" in the final third.

The most metallic quotient appear, back-to-back, in the form of "Once We Were One" and "Hell Fire Burn". The former kicks off with a patented Blackmore solo run and remains energetic throughout: the Strat work recurrent. The latter is not as immediate, but packs more notes into its shorter (3:07) construct, with speedy duel between synth and guitar. The titular option, smoother than the previous pair, is still a catchy rocker. The guest vocal spot ventures further into pop/AOR territory than its surroundings, thereby rendering Edman's inclusion a waste (to these metal-bashed ears). Proper disc closer "Our Love" is a stylistic outlier, the keys taking over. Lyrics actually say, "Oh baby, our love..." Oh boy!

The aforementioned overseas extra is a 3+ minute instrumental, heavily showcasing guitar (and a bit of the synthesizer).