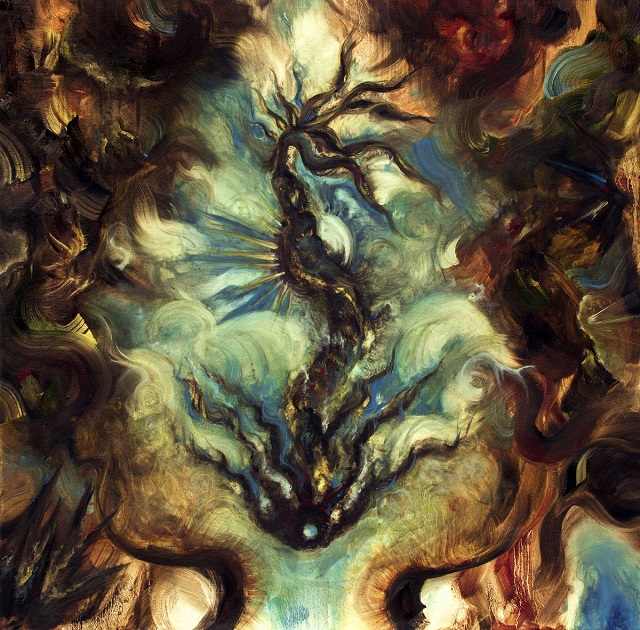 The older I get, the uglier I want my death metal to be, so, hello, Pestilength, aren't you just hitting the spot here with this ugly, ugly album? Opener “Tamm” totally lays down what's going to happen here, which is part caveman DM heft but also part sewage-grade Autopsy worship, the bass drums just murking their way into my mind, everything here just dirty Incantation-level death-sludge, all feel and no brains in sight, which is just perfect.

I mean, “Entglant” is double-bass-led burbling DM sludge, and man is it ever wonderful. The band—an anonymous duo from Spain—approach Pyrrhon territory in tracks like the killer “Phorme”, all obtuse angles and ugly city streets hinting noise rock before the caves smother death metal. What a song, and when the blasting drums kick in, I'm freaking out, as I am throughout what is kind of the album centrepiece “Thelegm”, a massive piece of sludgey death with a slight bit of atmospheric drone to the guitar work, a nice, almost hopeful touch in what is otherwise a very dour record. Meanwhile, “Tephra Codex” has some subversive songwriting skill underneath all the shattering dissonance, crafting at its climax a surprisingly memorable groove. “Exertion” shows the band can dabble in slight black metal atmospherics as well, but they are at their strongest when it's just horrifying, sludging DM with a bit of drooling-chin caveman grind (see “Chrome”, marvel over its fantastic ending).

What an album—this is kinda like what I wanted Noctambulist's latest to be like, and that record was awesome. But, believe it, this is even better, Pestilength already on their second full-length laying it down with extreme authority, creating perfect death metal in spirit and sound.