PORTRAIT – At One With None 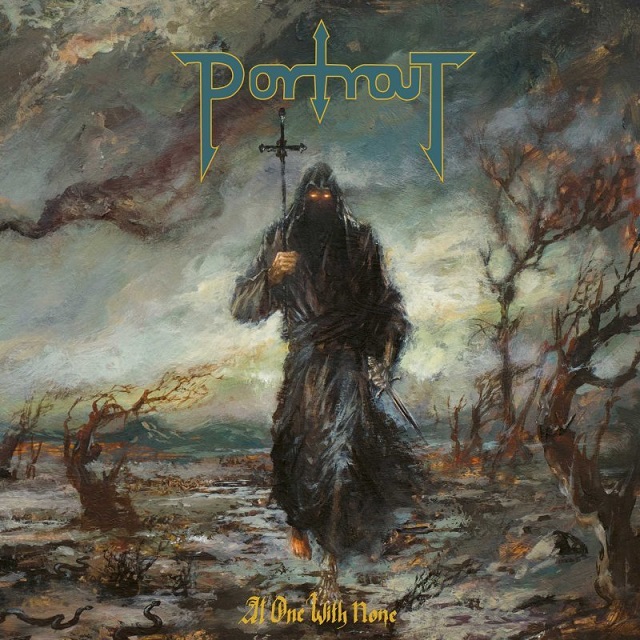 One of the most consistent bands in the New Way of Traditional Heavy Metal, Portrait’s Burn The World was my #1 album of 2017. The Swedes continue to make intense and intriguing heavy metal guided by a template set by early-Mercyful Fate with new opus, At One With None.

Singer Per Lengstedt has always added an impressive dimension to the band, but he especially shines on At One With None. He thrusts forth with a variety of emotions and has the innate ability to belt out banshee like shrieks while also lowering his voice to a distinct, almost horror like shiver in brooding sections of a track. Lengstedt also shows how great he is to carry a chorus in the mid-paced gallop of “Phantom Fathomer” and “Curtains (The Dumb Supper)”.

Portrait continues to paint a picture dealing in the dark side of life and the artwork and music captures this in an appropriate manner with Christian Lindell continuing to show his mastery on the ax with riffs that portray a dreading atmosphere, but he also brilliantly executes aggression and melody at precise moments.

The Swedes have no issue throwing out a lot to the listener with acoustic passages and tempo changes, especially in the epic numbers like “Ashen” and “The Gallow’s Crossing”. Portrait possess an expert ability to craft atmospheric, chilling, and vivid longer songs as the two previously mentioned cuts will resonate with listeners. “A Murder Of Crows” shows the band at their most aggressive with riffing resembling black metal rhythmically and highly intense drumming. Including the two bonus tracks, the album hits over an hour of music, but it doesn’t feel that long and goes by swiftly

Another spell worth many listens, Portrait continues to be amongst the best that heavy metal has to offer.