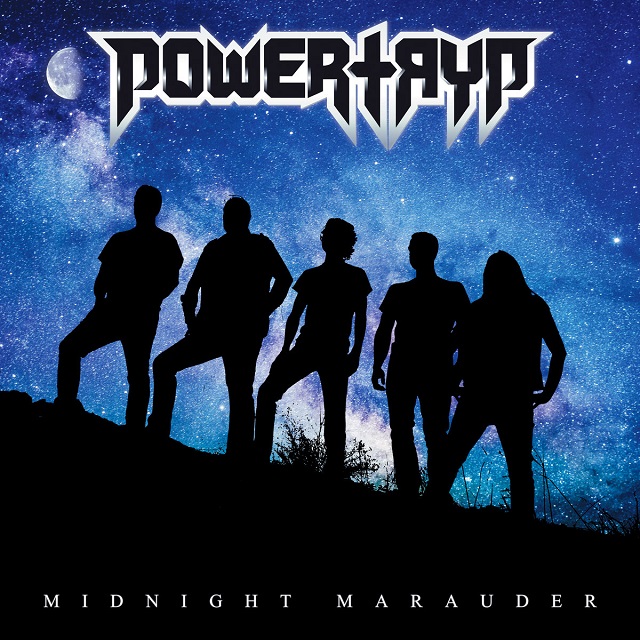 Rolling down the hallway, "Brothers In Speed" greets the listener, with a Teutonic charge. Great start for a band's debut. The English vocals are nothing special, but more than passable. Accent is on the guitar runs as Powertryp offer a variant of traditional sounds mutated with speed metal. The gritty chug of "Doors Are Locked Now" owes a debt to early Twisted Sister (think "Tear It Loose").

In the first moment of subtlety, Norse mythology based "By My Hand" wakes to a belabored pace. Eventually, riffing guitar kicks in, setting Powertryp back on the established pathway, albeit with restraint, in terms of speed and intensity. Gritty "Bastet" returns to normal. Locomotive powered "Here's Control" is a headbanger, start-to-finish. This is what I'm talking about! Rather lengthy instrumental intro to "Chapel Of Steel", a bit of groove inhabiting the track, come the vocal section: also some guitar embellishment. Favorite cut is "Hotter Than Hellfire" with its frequent twin guitar interplay. A real mover. "Out Of Ashes" follow-up is nearly nine minutes long! Initially it snakes through a plodding, drum led leaden pace, before establishing itself (tale of a phoenix) as a mediocre, long-winded tune, although the guitars do jam out, in the final minute or two. Honestly would have preferred Powertryp utilize the time for a quicker pair, rather than a single slow (OK, mid-tempo) song.

Proper disc closer "No Pride" is a no-holds-barred pounder, decrying society's ills. The CD format offers an additional bonus track, the aggro "Nail Your Prophet", which comes thrashing out of the speakers, with intermittent sections of shuffling sedation.