review black death prey for nothing 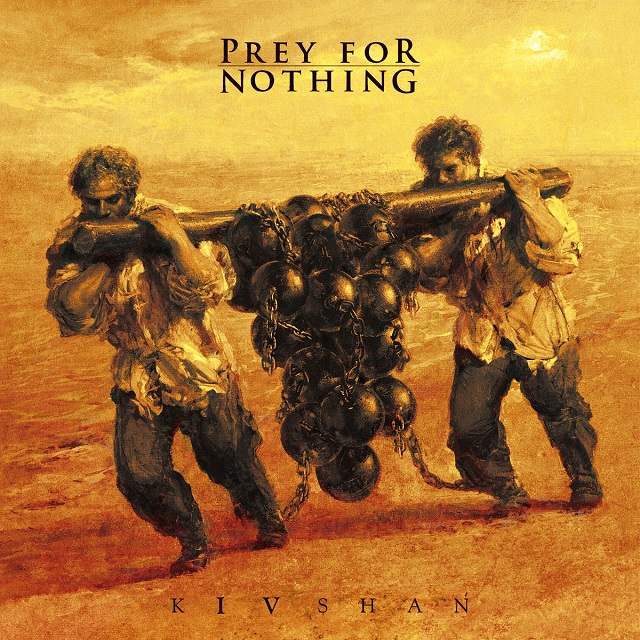 Israeli melodic death metal band Prey For Nothing are certainly ambitious, here on their fourth full-length absolutely sounding like seasoned pros, right down to the solid production sound. The instrumentation is incredibly strong (see highlight “The Sword Devours” and wonder why this band isn't spoken about more when it comes to melodic death). Actually, let's talk “The Sword Devours”, the song an excellent accomplishment in songwriting: it's 7:46 but doesn't get boring and builds incredibly, the climax being a moment to remember in death metal.

Seriously, this gave me goosebumps the way great death metal does, which is rare. The guitar solo introducing the excellently named “Ocean Of Tar” is awesome, showing off this band's versatility well. I worry that things are almost too versatile, though: the clean singing in the title track, for example, is very well done and sounds great (and shows that they know how to write a clean vocal hook), but there's almost too much going on here, this incredible array of sounds almost being... too incredible? Sounds like a stupid thing to complain about, but I am left thinking, when do I ever honestly want clean vocals in my death metal? It's pretty rare, but when you're dealing with progressive, far-reaching death, that's what you're signing up for.

That and the fact that this album is just way too long are my big complaints, but, seriously, take it a couple songs at a time (“The Sword Devours” is where you wanna start) and this is amazingly top-notch stuff, the band right up there head to head with the Niles and Hate Eternals of the world, and, really, one-upping those bands in a lot of ways.