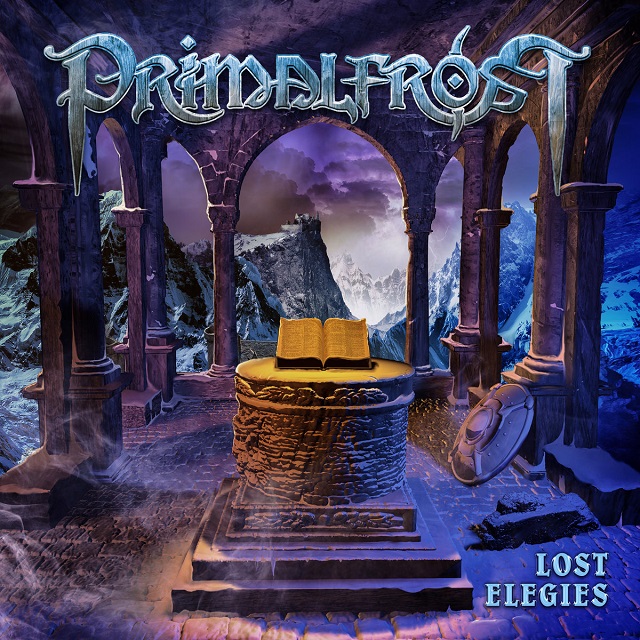 Sophomore full-length from Toronto based, one-man band, aka Dean Paul Arnold, albeit seven years in the making. Recorded during the 2020 lockdown, he returns to the power metal infused death metal that is encapsulated in the chosen moniker: Primal Fear with Celtic Frost vocals. Actually a bit oversimplified, on both counts, but you get the picture: blazing guitars, strong melodies and pained, guttural throat, a Canadian Wintersun, if you will. Come to think of it, the Finnish act started as a one man obsession too.

Released a few days before the new year, technically, it's a 2021 release, although most will not hear/review it by then. Guessing the work was completed a while ago, as Arnold issued three of the eight songs as standalone singles, a new one every couple of months, leading up to the album's December 28 unveiling. "Maelstrom" opens, setting the table for the feast to follow: cannonading double bass drum barrage, sick fleet fingered passages and anguish strained vocals. Like an insane woodpecker, rhythmically hammering away for a small nugget, only stopping occasionally, to survey where he's been and what's left to accomplish, before returning to the task at hand, often with renewed vigor. No let-up!

Aptly entitled, "Bringer Of Immensity" brings it, in spades, while there's a bit of Amon Amarth, meets Amorphis, to kick off "Nomad". Four songs in, there's a show of musicianship, on a lone acoustic guitar, commencing otherwise electrified "Stormbearer". From here on, though, the repertoire of instruments is greatly expanded. Chunky "Voyage Into Ruin" has a regal beginning. Altering dynamics as it goes, it's the most mid-tempo number, albeit not totally devoid of ripping solos and sweeping guitars, like its surroundings. It ends in a glorious crescendo: the rasping roll of military snare, symphonic instrumentation and speedy riffs, cut abruptly.

Maybe it’s the more subtle predecessor, but "Solace Kingdom" lays down an unparalleled initial pummeling. Wow! Then, unexpectedly, midway through, there's a serene passage of violin and cello, before driving home the way it began. "As Embers Wane" is just a 97 seconds intro of dueling acoustic guitars. For the "Tenebrous Skies" finale, orchestral strings (alone) once again close things out. In this case, the entire disc, as well.

Would be ambitious as a band undertaking. All the more so as an individual project.