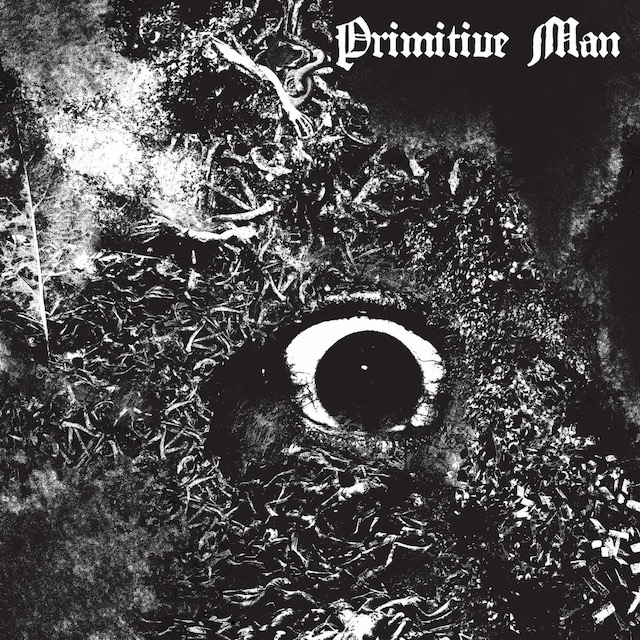 Primitive Man are a really, really heavy band. They’re about as heavy as it gets, both in terms of sound—total extreme sludge—and vibe—pure downer. So it’s not exactly sunny summer day music, unless you’re a total weirdo, which you very well may be.

Hell, join the club: these six songs in 36 minutes are more or less my idea of a good time, the band out-Griefing Grief in the bad-vibes department right off the bat in album opener “The Lifer”, things moving along at a snail’s pace, the band barely holding it together, the sludge like a mountain slowly crumbling. “Entity” takes a fucking lifetime to get moving, and every second of this lifetime is beautiful pain; “Menacing” starts out with some almost-grinding—it, of course, doesn’t last long but I love the atmosphere it brings with it (closer “Consumption” revisits this wonderful lesson in extremes). Toss in a harsh noise interlude track and a couple more sludge anthems of despair and, man, it sure feels like a lot longer than just over half an hour when you’re immersed in Immersion, and that’s nothing but a good time for, yeah, weirdos like us. This album doesn’t deviate from the band’s other output as much as it builds on it, over top of it, enveloping it, much as the next release will smother this one, smother you, smother me, destroy everything in its path the way only the best sludge can. And make no mistake: Primitive Man are one of the best.