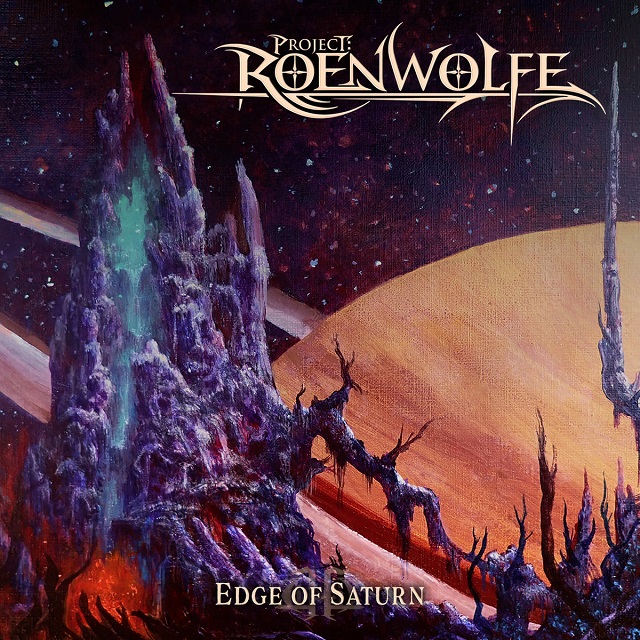 An original sci-fi epic (reportedly the sequel to "Split The Rings Of Saturn" off 2013 debut Neverwhere Dreamscape). Somehow they've been labeled "thrash," while others call them "prog" and while there are elements of each within the ambitious nine cuts, both classifications are, lazy, and overall, inaccurate. In fact, they remind me of Cage, with multi-dimensional sounds and typically over-the-top tempos. That being said, vocalist Patrick Parris (while capable of high pitched workouts) keeps the falsetto flourishes infrequent, generally preferring a more "normal" register, with just the occasional accentuation. The better known San Diego outfit certainly wouldn't fit those categories either.

Five of these inclusions were inspired by works of literature, including "Promethium" (Shelley's Frankenstein), while "Starbound Butcher Of My Dreams" (great title!) and "The Dreaming God" rose from HP Lovecraft's twisted vision.

Between each track, there's a purposeful snippet of static, clearly demarcating the end of one track and the start of another. In a moment of metal name-checking normalcy, the hammering riffs, to open "Of Mice And Straw Men", could be a vintage Iced Earth outtake (and not for the first time: see galloping "Song Of Kali" opener). Good stuff. There's an undercurrent of Middle Eastern music slyly creeping through "Aeternum Vale", plenty of instrumental passages within its 9:03 expanse. The disc ends with the (lone) death metal vocalized "Dreaming God", Parris ceding "singing" duties to one Bryan Edwards, for an intricate, Atheist/Pestilence feel.

Rare to get something this intricate and intriguing, yet at the same time, relentless delivered, from North America. Keep up the good work!