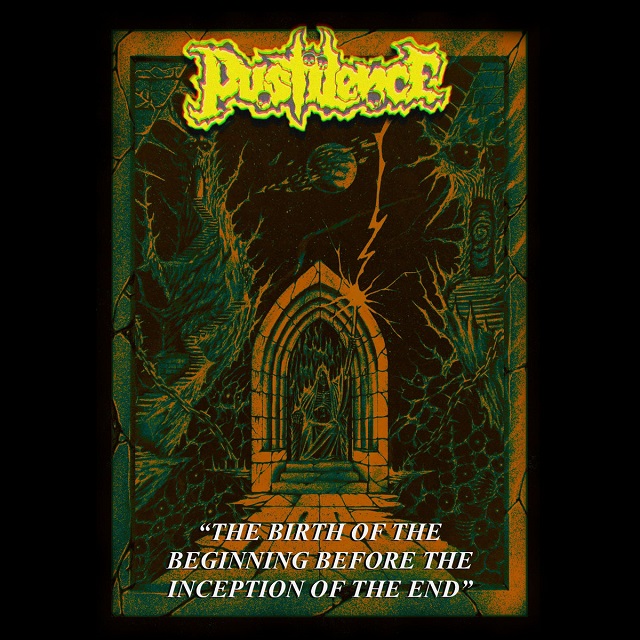 Cool CD release of Pustilence's debut demo, The Birth Of The Beginning Before The Inception Of The End (love it) here, this Australian band laying down classic old school death metal with ease on these three songs (plus an, admittedly, pretty cool interlude). The solos, the not-quite-blast-beats, the slightly slimy and murky atmosphere, the Cannibal Corpse-by-way-of-Autopsy riffage, man, it's all here, and it's all incredibly solid.

Love opener “Gateways To Enigma”, the band navigating through all those sounds with the grace of a group that's been doing it for years. That song's guitar work and solos rule, and that haunting guitar work continues into next track “Unto Pandemonium”, the band starting to carve out a niche for themselves here. Last song proper “Dissolute Delirium” is the best of the bunch, Pustilence laying down a big one at 5:21, with tons of killer guitar work leading the way. Moral of this story is, yeah, Pustilence are a band to watch in the incredibly fertile underground death metal scene of 2021, thanks in no small part to their riffs and great songwriting skills. Slap 'em on a tour with Altered Dead once the plague has passed and get ready for the next wave of grimy and exceptionally well-done DM.