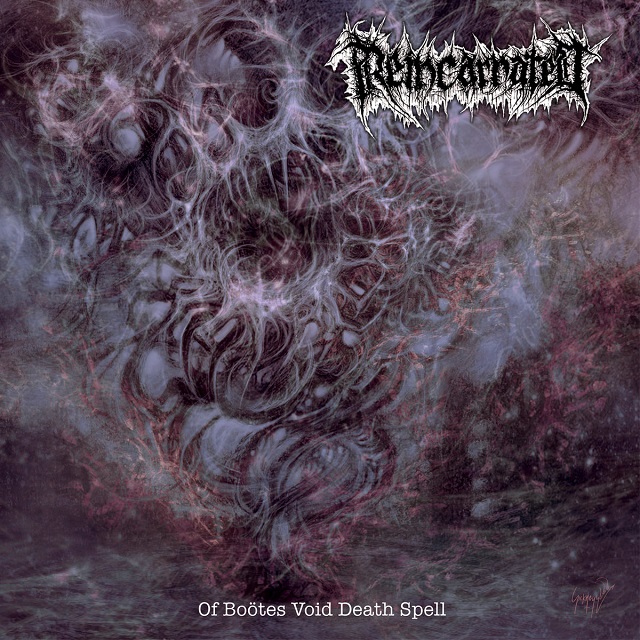 Thailand's Reincarnated crunched the numbers right for this debut of their craggly death/doom: five songs in 31 minutes, with opener “Ophiuchus Crypt” being the longest of the batch, its 7:28 dragging and dragging and then holy crap I think it's getting slower, Coffins are getting uncomfortable, Lee Dorrian is raising an eyebrow from a pub somewhere in jolly ol', everything is just getting grimy.

I love how raw the production is, the vocals just sounding like a rumbling earthquake off in the distance, almost an afterthought, the “pretty” guitar part coming in at some point during this never-ending opener not sounding pretty at all. So, victory all around, as is “Quasar God Oration” and its steamrolling battlefield doom-death onslaught and “Proxima Hibernation”'s double-bass led charge to failure and filthy, sloppy groove.

“Tomb Of Boötes Void” is practically an up-tempo pop single, closing things off with a bit of a spry step (relatively speaking, of course) before the trudge hits, the misery of it all coming down with a near-NOLA riff that just brings the pain, the death-doom smouldering and crumbling to a close, Reincarnated offering up a fantastic, must-hear debut release here.