RICKY WARWICK - When Life Was Hard And Fast 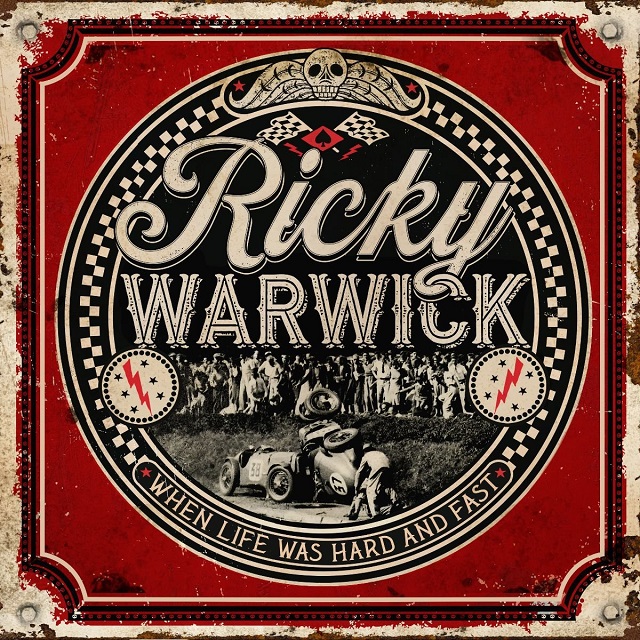 In addition to the core four, a few special guests appear, thereby heightening the intrigue, starting with Joe Elliott. The Def Leppard frontman sings backing vocals on album opener and instant classic, “When Life Was Hard And Fast”. Thunder guitarist Luke Morley lays down a solo on the poignant “You Don’t Love Me”. Duran Duran six-stringer Andy Taylor can be heard on the politically leaning “I’d Rather Be Hit”, during which Warwick calls out ‘Fake News’. And Guns N’ Roses keyboardist Dizzy Reed lends his talents to “I Don’t Feel At Home”, a pensive number about drug addiction.

“Fighting Heart” is one of the best of the bunch; catchy, uplifting, and so much fun! “You’re My Rock ‘N Roll” is euphoric with its boogie-woogie beat. Elsewhere, Warwick dials it back on the tender, acoustic “Time Don’t Seem To Matter” – a ballad sung with his youngest daughter Pepper. And the simplistic “Clown Of Misery” sounds like it’s being broadcast through an old transistor radio, when in actuality, it’s a demo Ricky sang into his phone. Remaining numbers “Gunslinger” (originally done by Willy Deville), “Never Corner A Rat”, and “Still Alive” are energetic, no nonsense songs proving Warwick’s rock ‘n roll pedigree to be Almighty and true.