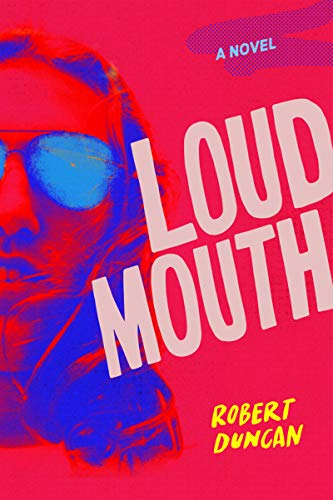 Really was hoping to enjoy this "autobiography" (a bit of unsanitized rumination in a politically correct world), from the managing editor for Creem, the irreverent ‘70s rock mag, as it begins with Chapter 0 (no forward, just a zero), an otherwise disconnected reference to Swingos, the (in)famous Cleveland hotel/bar that played host to hard partying/touring musicians/groupies that was still in existence (albeit on its last legs) when I came to the city for college and my eventual entry into the periphery of the music business, almost 40 years ago.

While not a Creem devotee, skimmed it, when I saw it, at the newsstand, or in the high school library throughout my youth. Thought this novel could offer some insight into the mag and the glories on ‘70s rock, but apparently Duncan will leave that to the much ballyhooed documentary that made the rounds at prestigious film fests last year. Instead, he all but ignores his time at the mag, in favor of creating a Hunter S. Thompson narrative: look how messed up my upbringing was, look at all the girls I screwed and drugs I took while floundering in a band. Not what I came onboard for, Creem being the (sadly forgotten) calling card.

His surprisingly easy-to-read, dichotomous style is a mix of short, choppy sentences, diary-entry brevity, but not simplicity, versus long, rambling adjective excessive descriptions. Throughout the first six chapters, he details his hopscotch upbringing, at the hands of religious, second-marriage parents (and eventually step-siblings), ultimately landing in NYC, as a pre-teen in the days of the British Invasion. Come to think of it, that's a very Duncan like sentence! An upper class existence of Catholic education and New England boarding schools (before high school), not the usual background for an eventual rock & roll beat writer, but then Creem was the anti-Rolling Stone.

At 56, I get most of his off-handed cultural reference points, but fear anyone just a few years younger will be dumbfounded. So this is definitely a Baby Boomer's read, or for someone interested in that vaunted (?) generation's soft white underbelly. In passing it's also about the dawn of drug culture and sexual awakening. The author, initially, a master of neither realm. His childhood is filled with freedom and a shocking naivety that would appall helicopter parents: teenage step-bro takes the milkman's delivery truck on an early morning joyride, a cabin of naked, pre-pubescent summer campers having their genitalia visually inspected, daily, by adult camp counselors, a trio of drunk 14 year olds cruising the array of seedy, Times Square grindhouses (pre-Disney/corporate America cleansing), to secure a hooker, by whom they'd lose their virginity. Instead of cops & robbers, or the now verboten cowboys & Indians, they'd re-enact WWII, with goose-stepping and Nazi saluting protagonists, in Central Park! And some think that rock music is immoral?

By Chapter 11, Duncan's failing grades, in prep school math, destine him for a "safe" college choice, like NYU (my, how times have changed) and he finally starts to relate his musical history: elementary school rock band with friends and discovering new music outside the house: neighbor's father dropping 12 year olds in downtown Manhattan for Sly & The Family Stone concert, or chauffeured to Shea Stadium to see The Beatles. College reunites childhood musicians and more rehearsals get in the way of schoolwork. Ultimately the band received an agent, out of state string of dates and even on the radio, before imploding.

Out of music, heavily into drugs, living on Bank Street, with an endless parade of high society partying people (including his drug dealer younger brother), Duncan develops a need for amyl nitrate ("poppers"), dating two women at the same time (one married) and the comedy of a yet-to-be-discovered John Belushi. Near-death experiences (arson/house fire, friend's overdose) gave him time to pause. All before the age of 20!

Only in the final 100 pages does Duncan get to the mag, the one thing that anyone knows him for (or, in all honestly, would be willing to pick up his tome), at that time, run by the renown Lester Bangs, of whom the author was initially not fond. Still an issue today, New Yorkers don't think there's any appreciable life outside the five boroughs, certainly not in Detroit, or any of its suburbs, which is where Creem called home base.

After an introduction to the inner workings, he briefly spills the type of "I met" stories, the reasons people buy these kind of books, but it's interrupted by another dash to NYC, to see his married girlfriend, after learning she's (mis)diagnosed with cancer. He'd already lost his ex-military-turned commercial pilot step-brother to the insidious disease. Jobless and flopping anywhere he can, he auditions a local drunk/musician for The Clash (in town to record and desperate for some native piano flavor).

There's a chapter dedicated to four days traveling the Deep South, with Bruce Springsteen, for Darkness On The Edge Of Town tour (before he was THAT big) and then Bangs is persuaded to move to NYC. The two "friends" fight, grow distant (despite living next door to one another) and ultimately Lester dies. Despite all the notoriety and hanging with names, Duncan never really makes any money and is constantly broke, or worse.

After the death of his father, he finds a wife (New York photographer), has a baby, gets enough money to pay off debts and moves to California. All in 252 pages.