RON YOUNG - Judge This Book By Its Cover 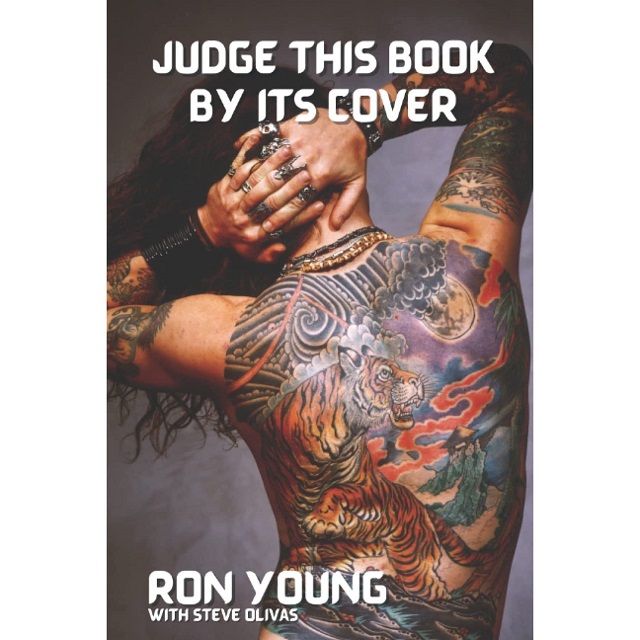 Providing some sort of therapy, Little Caesar vocalist Ron Young's self-published (Thanks, Amazon!) autobiography exorcises personal and professional demons. While never the most successful late ‘80s hard rocker, he's lead an interesting life and interacted with some of the biggest names. Even as a kid, he was on the front page of NYC newspaper with the mayor and met Hall Of Fame pitcher Tom Seaver, upon winning the Mets annual Banner Day contest. Post-Little Caesar, he'd meet Fidel Castro in Cuba! A quick, easy read, at 280 pages and a handful of B&W photos, the book is short on salacious details, but is truly a human interest story, and a good one, at that, with the music industry as a backdrop. A tale of hope and promise, derailed by egos, incompetence, and ultimately, a decent into heroin addiction.

Unlike so many, Young was a good student, who initially went to college to pursue a career in science (if not pre-med). Growing up, he survived an abusive, alcoholic mother, who feigned confinement to a wheelchair (for attention/sympathy), and even extorting her husband. Having no musical training, Young only undertook the idea of singing after hanging around the late ‘70s NYC punk clubs, initially casting his lot with a rockabilly troupe. Married young (pun intended), he and wife moved west, to further his musical ambitions. In LA, he put together the biker imaged Little Caesar.

The inner workings of record label politics/egos are discussed in detail. The image led to Hell's Angels befriending the band and there are some anecdotes providing rare insight into the workings of the infamous motorcycle club. The band also opened for KISS, so there's some kiss & tell, especially about Gene Simmons. In a bit of charmed life, Young (and his wife) become friendly with movie mogul James (Titanic/Terminator) Cameron and his (then) wife Kathryn Bigelow (first woman to win Academy Award for directing: Hurt Locker), leading to his bit part (hitting Arnie with a pool cue, in the bar scene) in Terminator 2: Judgment Day.

Hitch a ride aboard Little Caesar, a vessel as doomed as the one in Cameron's film. Although, at the time, awarded the most lucrative Geffen contract, the recording and promotion of said platter reads like the recipe for disaster that all bands should know, before ever signing on the dotted line. And they had all the heavy hitters (initially) in their corner: Kalodner, Iovine, Bob Rock. All for it to go belly up, through no real missteps by the band (other than Young pissing people off, by speaking the truth. As Nicholson said to Cruise in A Few Good Men: "You can't handle the truth," and neither could the suits).

Pulling no punches, the process surrounding the sophomore release gets a mere two pages, before a disastrous UK festival ends the band's first run and heroin takes over his life. Ultimately a story of redemption, Young is not afraid to discuss his human foibles. Today, apart from the part-time status of Little Caesar, he's happily re-married (to their ex-publicist) on an avocado farm, surrounded by a menagerie of animals. And happy.