SACRED OATH – Return Of The Dragon 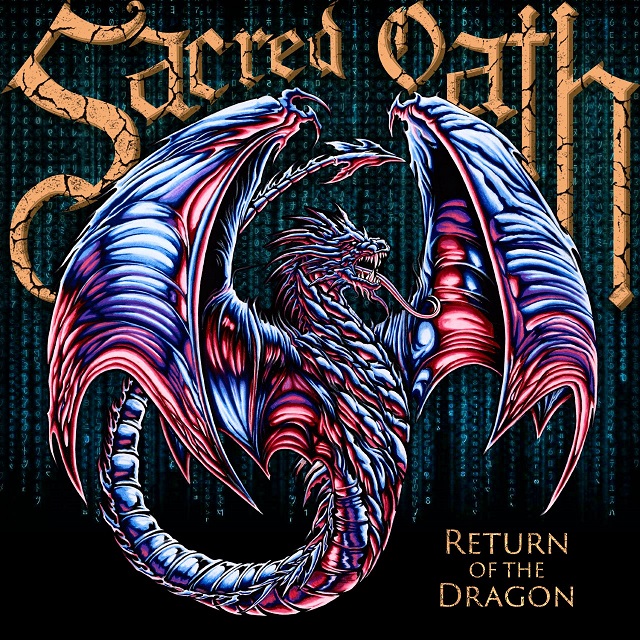 Connecticut power thrashers Sacred Oath come back with their ninth full-length album, the fiery Return Of The Dragon. While sticking to that power/thrash template, the veteran unit broaden their sound with different influences. Return Of The Dragon is engaging and well-worth multiple listens.

The guitars flourish and are backed by volcanic drums and it makes itself apparent on “Cthulhu Wakes”. Tribal “Cthulhu” chants and menacing drumming greets the listener with Rob Thorne’s strong, effortless vocals carry the tune home. The longtime metallers add flavor to a few cuts with the inclusion of a synth while tribal beats, and ethereal, atmospheric feelings are encountered in other instances. The title track exudes that airy feeling and the piano intro sets the tone for a roller coaster of a ride on the Dragon. Sacred Oath also power home the up-tempo, aggressive tracks to balance the ten offerings out as “Last Ride Of The Wicked Dead” sounds exactly as it should while technical feats are muscled in on “At The Gates” and “Hammer Of An Angry God”. Most impressive is “Primeval”, a scorching song with a distinguished synth intro, fluid tempo transitions and a captivating chorus. Fun, enthralling album with a smooth variety of tracks. Highly recommended!