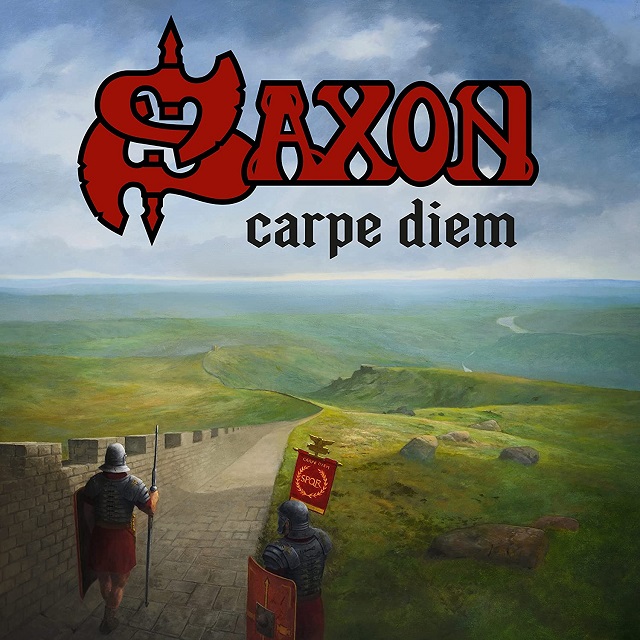 Remarkable achievement in metal. 23rd studio album from the NWOBHM legends. Do they still have the juice in 2022? As per the album title they are seizing the day. Produced by Andy Sneap once again (since 2013), the mix is sharp and clean, crunchy guitars, bass and drums punchy, space in the mix for clean melodic parts, and vocals sits nicely a top.

Comparing the opening title track to the previous three albums; it’s not as heavy as Sacrifice or Battering Ram, has less attack which is fine. Biff still gets in a scream. At first you may think Iron Maiden as "Age Of Steam" builds into a grinding riff, accenting leads to a Saxon steadfast pace, and twin harmonizing during the solo. But by third track "The Pilgrimage" I'm more invested because it has that "Crusader" or "Rockin Again" (from one of the underdog albums Innocence) mid-paced melody going. Good melodic break pre-solo too. Catchy riff on "Remember The Fallen" about the Covid pandemic, which harkens back to the early ‘80s classic albums. "Super Nova" lays it down heavy with the guitars, drums driving that tempo. "Lady In Gray" adds some subtle orchestration and piano accents, one of those moody tunes.

Album closes with three rockers, "Living On The Limit" only three minutes. Probably could have that one off. "Black Is The Night" reminds us to always listen to the entire album, it has a little bluesy feel in the solo. After so many albums where does this one rank in the discography? Hard to say because there has been consistency since Unleash The Beast in 1997. It’s enjoyable, somewhere in the middle for me. Go back and revisit ALL the Saxon albums and judge for yourself, and not just the ones from the '80s (hello American fans I'm talking to you). It'd be nice if we can get some songs here live from that 1997-2009 period.