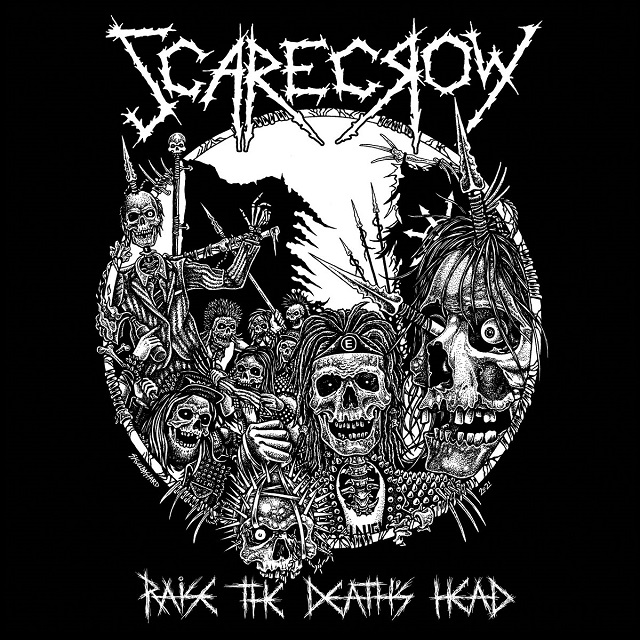 Until now only heard of on a cool split EP on Level Plane with Landmine Marathon, San Francisco trad and true thrash metallers Scarecrow are back, and I'm all ears. I've long thought that Matt Harvey (Exhumed, Pounder, Gruesome) has the golden touch when it comes to metal both brutal and traditional, and here he's joined with Death Angel bassist Damien Sisson and drummer Will Carroll, along with ex-Exhumed guitarist Bud Burke, so you just know it's going to be solid.

But I'm almost shocked at just how solid it is, the opening title track a glorious 6:39 of stomping and arresting classic thrash, the band sounding like Metallica between their first and second album but with some modern extreme sensibilities and a bit more of a smile to the tunes... but just a bit. “The Desperate Hours” is a huge thrash power ballad done right, the band taking their time at 5:47 to create a huge, soloing climax and, look, I'm not the only one thinking about certain classic Metallica cuts here, and that's fine by me.

Closer “Victory?” (5:57; this band is not messing around) picks up the tempo again, and it's classic thrash waltz, it's Exodus, it's Xentrix, it's Scarecrow, whose cover art here is going to make you think this is way more of a death metal record than it is, the three songs on this EP more or less a huge love letter to cold-steel thrash, the kind where the songs go on for probably a minute or two too long, but you still just can't complain because it's so good, so solid, and so, so tight.