SCEPTOR - Rise To The Light 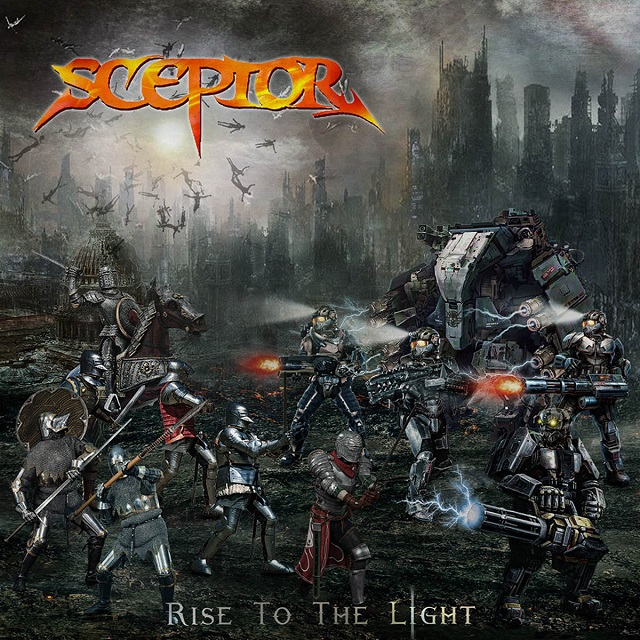 Doing my homework looks like Sceptor has been around since 2009, on and off activity, various lineups since, and one album in 2012 to date. With Bob Mitchell (ex-Attacker) on vocals, Rise To The Light was released fall 2021.

Sceptor carry on those ‘80s traditions, think yes Attacker, Omen, Jag Panzer, and early Helstar. After a minute long instrumental intro, "Crown Of Nails", "The Curse Of Orlac", melodic clean guitar begun mid-tempo title track musically I'm on board. But not really liking Bob's voice, his tone has this almost dryness to the mid-range and as he pushes notes. There's a bit more grit and aggression on "Dissention" which warms it. For me I think his voice works better in the melodic verses during "Armour Black". "Spartacus' is fast old school ‘80s US power metal, and a nice chug in the tempo for "Powerhouse". Closer "Shadows In The Maze" Mitchell sounds like Udo meets Mark Tornillo (TT Quick, Accept).

It's not bad but I'm not completely invested.