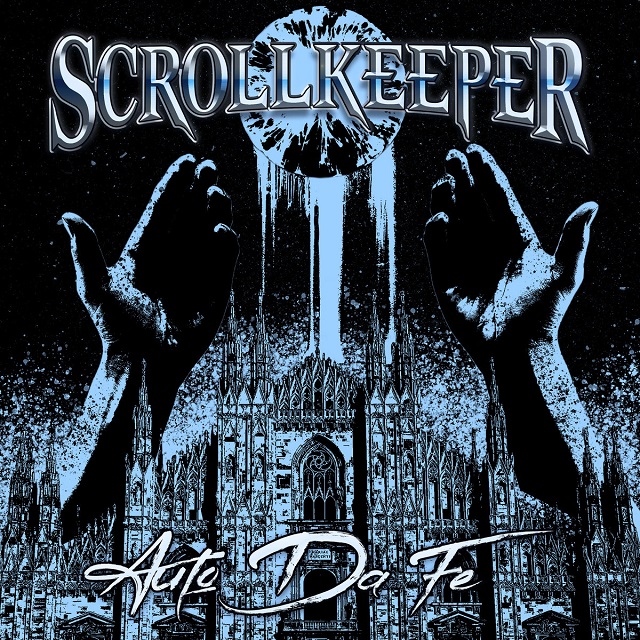 Bunch of Texas scene veterans named their debut full-length after the process of burning a "heretic," during the Spanish Inquisition. Nearly two minutes of lone acoustic guitar (aka "Event 201") introduces ten proper, traditional-minded tunes. Songs vary from those approaching seven minutes, to a couple that are less than half that timeframe. The longer ones allow for expanded guitar/instrumental passages, seemingly influenced by avowed mentors Rush and King Crimson. Those progressive touchstones initially worried me, but once knee deep in the music, it's clear that underground ‘80s American bands (especially Metal Blade's roster of sometimes not fully cooked confections) and Mercyful Fate (listen to the opening of their signature tune) provided more overriding structural guidance, but not verbatim sounds.

These are not cookie-cutter compositions, the band attempting things that might (at this point) be outside their realm: atmospheric breaks (ala "Gilles de Rais") within the mid-paced, clean (albeit off-kilter) vocal allotment. Little neo-classical Yngwie flourish to kick off pumping "Blood & Sand", which is finished in just 3:13. "Path To Glory" hobbles along with what sound like non-English lyrics (but they ARE) then repeatedly launches into guitar forays. Heads down, proto-thrasher "Fortune Favors The Bold" closes the disc out on a strong note. Bang the head that doesn't bang!