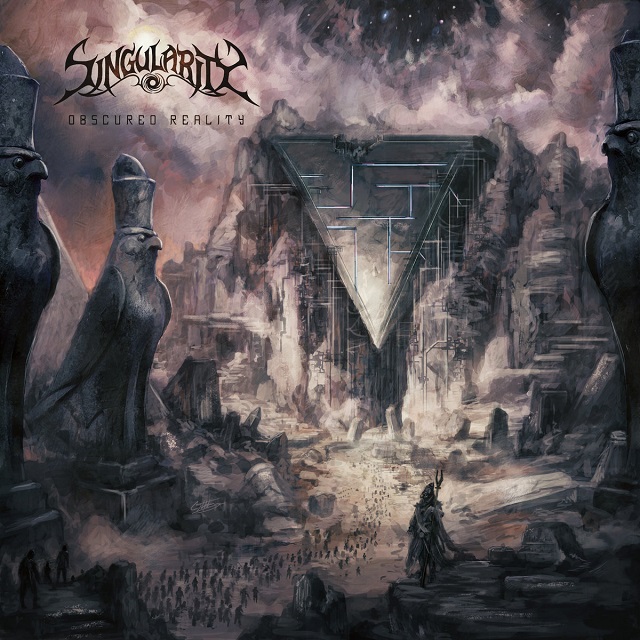 This Saskatoon-based melodic death band start strong with this EP's opener “Arrow Of Time” dropping a very cool intro riff to get things started: it's majestic, melodic, captivating. The song in general shows Singularity's two strongest points: killer riffs and the ability to craft memorable vocal hooks, the latter of which is no small feat in DM.

“Wrath Of The Serpent King” shows off a near-power-metal sense of storytelling and drama, some trad guitar solo action, and a nice mid-tempo stomp. “Deus Ex Machina” finds the band tapping into some really great riff-driven melodic death, sort of reminding me of Canuck shoulda-beens Soulscar, and closer “Before The Ethereal Gates” has a really effective quieter part, showcasing a bit of shade and hue, as well as a ludicrous shredder solo that, I must admit, is pretty awesome. Also, again: vocal hooks. Man, not bad material here, and while the production is a bit rough around the edges, this is a young band: they've got time. I really wish this EP would have ended after these four songs, but instead the band chose to include instrumental versions of all four songs, which really serves no purpose and wasn't that interesting to listen to, especially because I've mentioned vocal hooks more than once here. No sense taking away one of the best parts of the mix.

All told though, a strong offering from a band that is most likely going to grow into something worth watching in the melodic death metal world.