SKID ROW - The Gang's All Here 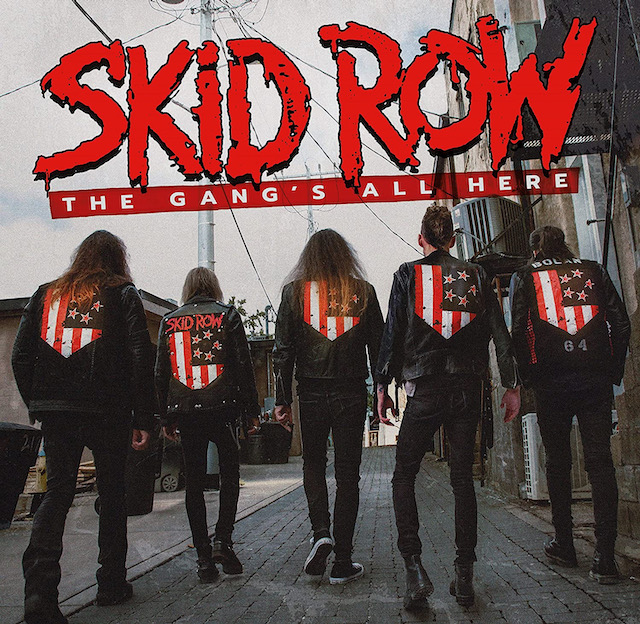 I'm a Jersey guy, saw the Skids open for Bon Jovi on their 1989 tour and it was great to see them make it after many years playing the clubs. Slave To The Grind going to number one on the Billboard charts in 1991 another well-deserved success. 1995’s Subhuman Race unfortunately went overlooked and was a casualty of the times, and the end of the classic lineup with Sebastian Bach. Two more albums, a couple EPs, three singer changes, and 25 plus years later enters Erik Gronwall's voice and the gang's all here.

The songwriters from their start, guitarist Dave Sabo and Rachel Bolan (bass), still joined by Scotti Hill, have recaptured the classic formula from the debut and Slave as "Hell Or High Water" sets the albums energy and aesthetic. Gronwall already gets in a scream and the solo section a flurry of tasty notes. Skid Row one of his favorite bands (and of Bach's singing), Gronwall does have a little Sebastian in his tone and delivery, especially for grittier moments. And Erik only started performing with the band within weeks, and followed by recording. It's incredible how seamlessly he has fit in.

"The Gang's All Here" a bold fitting title as the first single, that Skid Row have their mojo back. And yes, they do. A little slide guitar and punk spirit for "Not Dead Yet", slower Sabbath groove and grind to "Time Bomb" that would have fit on Subhuman at the time. "Resurrected", third title with something to say. "Nowhere Fast" sits right in the riff groove pocket, guitars drop out for Bolan's bass on "When The Lights Come On" with the big gang vocals on the chorus. Second single, "Tear It Down", slows down the groove with attitude. "October's Song" moody ballad-esque where Erik's voice gets to soar. "World On Fire" rocks hard to close the album.

Album is a banger, will be somewhere in my top ten albums of the year.