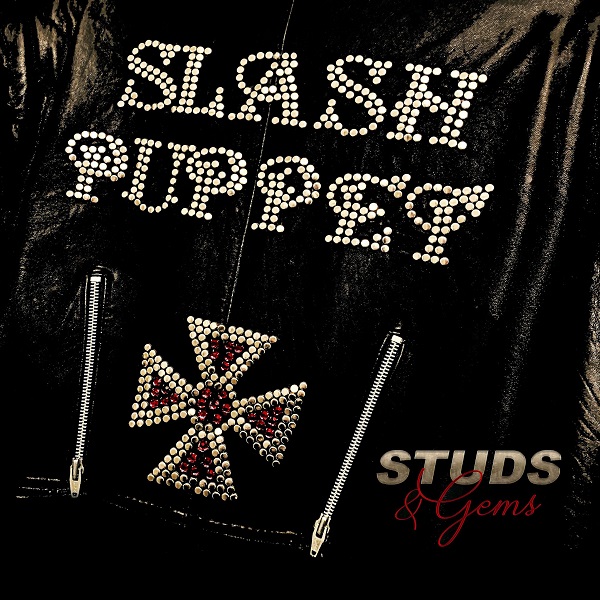 In the late ‘80s and early ‘90s, Toronto, Canada was home to a thriving, vibrant hard rock scene, with Slash Puppet leading the pack. The band, led by vocalist Mif, had two releases before calling it quits in 1995: The Demo, from 1989 – initially only available on cassette (later issued on CD as No Strings Attached in 2007) – and the self-titled EP, from 1993. Studs & Gems is a new compilation featuring the Slash Puppet EP in its entirety, and five of the eight songs from The Demo, as well as a previously unreleased live track.

During their six-year tenure, Slash Puppet went through two distinct eras – 1989 to 1992, and 1992 to 1995 – marked in part by a change on bass when original four-stringer Pete Dove was replaced by Dave Carreiro. The band’s sound also shifted between The Demo and Slash Puppet EP. Initially, Slash Puppet were akin to Guns N’ Roses and Mötley Crüe in the early days of their careers – ruthless, hungry, and unstoppable. By the time the EP came out in ’93, the musical landscape had changed drastically with Nirvana, Pearl Jam, and Alice In Chains all releasing hit records. While Slash Puppet did not jump aboard the grunge train, they did become polished glam, sounding more like Dokken or Cinderella. For example, “Eyes Of A Child” and “Hitch A Ride (On A Train)” – both from the EP – are standard fare power ballads that simply cannot compare to the sleazy, rough and tumble appeal of “Evil Woman” and “Squeeze It In” from The Demo.

The hitherto unavailable live song “Stranger Danger” is both an energetic, up-tempo audience pleaser, as well as a tremendous throwback to the days when Slash Puppet was top draw at Rock ‘N’ Roll Heaven, The Gasworks, Entex, The Spectrum, Hot House, and RPM to name but a few cherished, long-gone venues.