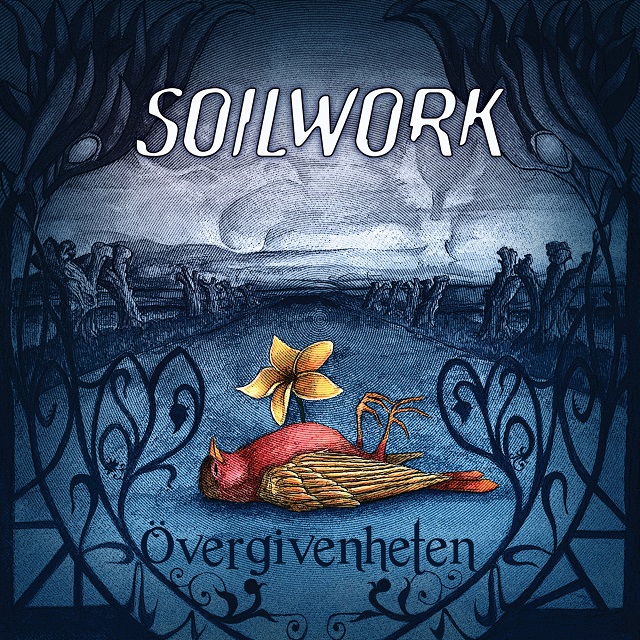 Swedish melodic DM royalty Soilwork ain't making anyone's lives easier with these album titles as of late, but gotta respect their middle-finger attitude, even if the tunes are still as sickly sugar sweet as always. But that's what I come to this band for, and they mastered it long ago, the good cops always racing in for the win in the big choruses, the verses solid and reliable—and very safe—melodic death.

I'm here for the choruses, though, and they don't disappoint on this album, kicking off strong with the absolutely stellar opening title track. But second cut “Nous Sommes La Guerre” showcases a strong '80s-rock vibe in the vocals and the music, and it hits the spot hard, showing the band's strengths when they actually dare to stretch their wings a bit. “Valleys Of Gloam” is awesome because it has “gloam” in the title, and also because of the soaring to-victory guitar work, something this band has long excelled at. “Is It In Your Darkness” shows Soilwork with a bit of energy and aggression in their step, and it works quite well; “Vultures” follows that up with a brief bit of blasting, a fun eyebrow-raiser before it breaks down to a mid-tempo vocal-showcase rocker.

Like a lot of Soilwork albums, I find myself zoning out by about halfway through it: I mean, Soilwork do their thing, and they rarely deviate (when they do, it's often just for a flash). Once upon a time, their sound was one of the freshest ones around; now it's more comfort than anything, but I can still never find much bad to say about it, which means they're still getting it right, and when they lock into some trad metal glory, like on “Death, I Hear You Calling”, man, what longhair could not love it?