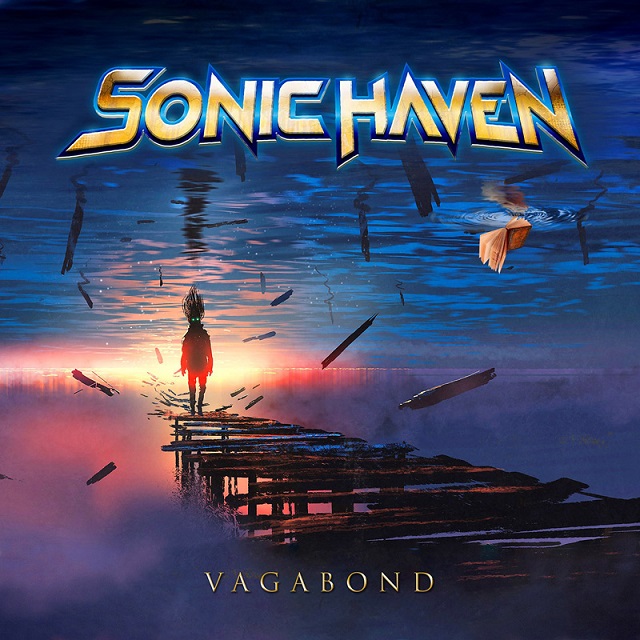 A showcase vehicle for Herbie Langhans (Avantasia/ex-Voodoo Circle), mixed/mastered by German studio whiz, former Heaven's Gate guitarist Sascha Paeth, who also moonlights in Tobias Sammet's multi-artist extravaganza. In its (few) shining moments, Sonic Haven is the progeny of ‘80s pop-metal, akin to Europe's "The Final Countdown", but of course Herbie has to throw in a copious amount of slower, synth-laden (at the expense of the guitars) material and ballads within the eleven choices.

It all begins well enough, the initial half of the album housing a lively assortment. The opening, title cut is fleet fingered slice of modern power metal. Bouncy keyboard introduce "Back To Mad" single, while "Nightmares" initially takes a (relatively) grittier tone, apart from the chorus, with Langhans adopting a more forceful, hoarse vocal. More grandiose, the synthesized/orchestral "Keep The Flame Alive" vacillates between fist thrusting Nightwish territory and ‘80s power ballad. Sustained guitar noodling on this one!

Apropos that beginning with "The Darker Side", a pedestrian, out-of-character stomp, things start to bog down. "I Believe", courtesy of some more frenetic fretboard action, temporarily rights the ship. "Save The Best For Last" paradoxically, appears in the middle of the running order. Don't worry, in addition to being "lost" from its final positioning, the dragging ballad ain't the superlative moment on the album either. "From White To Black" begins as a synthesized Celtic jig, then descends into faceless teen comedy soundtrack music. "Striking Back" finale could be a fist pumper if the keyboards didn't play such a prominent role. Give that guitarist more room than just the requisite break/solo.