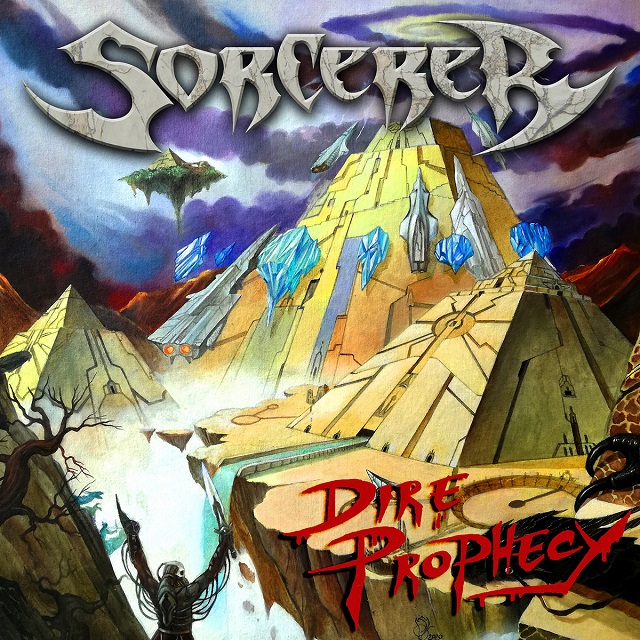 No, not the long-running Swedish doomsters, but a relatively new entity. Here's the full-length debut (following '17 Incantation EP), from a prog-power outfit out of Buenos Aires, Argentina. Shame about the choice of moniker though. Following the 62 second "Down Into The Netherworld" instrumental intro, it's nine high pitched vocal tracks that avoid extensive technicality and mindless wandering about. Guitar-happy "Of Deities And Wrath", at a rather Spartan 5:29, clocks in as the longest cut.

Takes "Theater Of Delusion" a while to get going: a bass/drum intro and cranking guitar break commencing before any lyrics are aired. Once locked in, it's a head bobbling tempo and soaring voice. Racing guitars (and bass run) greet "One With The Universe", a fairly one dimensional (snare pummeling) drum performance. At times the singer recalls Hammerfall frontman Joacim Cans, but the music is much heavier/faster, without jumping to another genre. Those loose, chunky bass strings are heard all over the record! Mid-paced, gritty guitars are the order of the day for "Strange And Twisted Gods" (apart from one brief flourish), as well as the like-minded lethargic "Under His Spell", where the slower tempo also lays bare the (elsewhere covert) accented English lyrics. Fist thrusting "Winged Savior" rights the ship, in a blaze of notes and the highest vocal register on (this) record. "The Bleak Ebbs Of Hell" concludes the proceedings, the most emotive and intricate construction of the bunch. Rounding out the album is really the only position in the running order that makes sense.

Overall, a nice stepping stone on the path to possibly bigger things. Keep us informed about the (inevitable) name change.