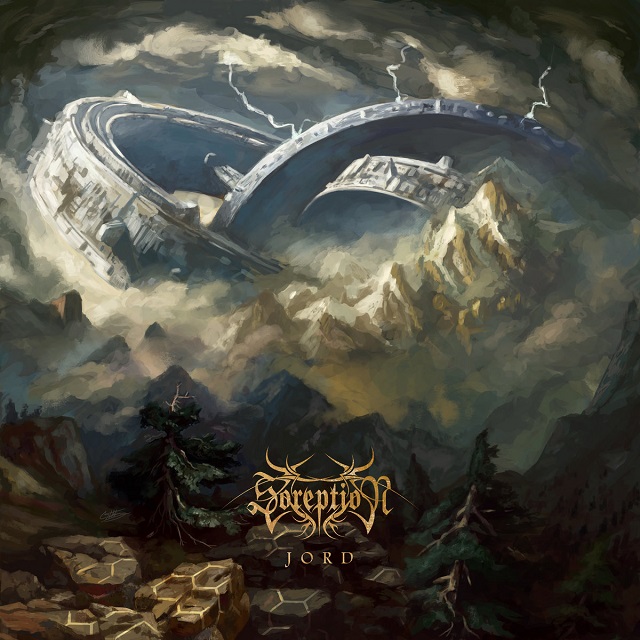 I've enjoyed Sweden's Soreption in the past, the band's take on tech-death also hinting at first-album Meshuggah groove and machine-gun relentlessness, and that immediately comes back here on opener “The Artificial North”, which adds in a solo oddly soulful for this strain of extremity.

“The Forever Born”'s closing lockstep, near-industrial machination of a groove rules (something I never, ever say about anything near-industrial), while a song like “The Chasm” (although, honestly, I could just plunk on a blindfold and point) takes a band like Archspire's outrageous musicianship and filters it through a framework that is actually, well, music. Actually, that song is a good example of what this band is capable of, as it takes a sort of early-Relapse/Human Remains labyrinth-of-riffs approach but there's a sort of underground, I don't want to say hardcore but nearing it, feeling fuelling everything, which has always been Soreption's calling card and what sets them apart from so many bands in this genre who I enjoy but who leave me cross-eyed and cold.

Throw a smart, short run time into the mix, and, while my patience for this sound fades every year, Soreption have just enough variety and humanity behind the technicality to keep me listening, the circular closing riff that ends off this album serving as a nice closing ellipses and a reminder that, man, there's life left in this genre yet.