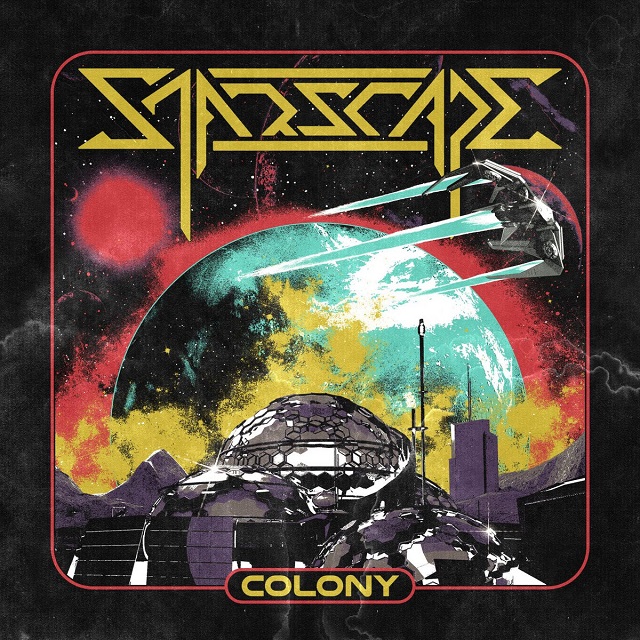 Full-length debut from Swedish traditionalists, although two of these tracks were initially available on the June 2020 issued Pilgrims EP. This musical duo compose sci-fi oriented material, albeit unconventionally instrumented: part keyboard space rock, part NWOBHM minimalism, delivered in a rollicking sing-song manner by an over-the-top narrator/off-kilter singer. At times, it feels like a folk music orator. It's not until the third cut, aka the titular offering, that guitar/bass are featured prominently, and then mostly at the start. Interesting ‘70s hard rock keyboard section in that one, but like the majority of the seven song effort, it's let down by the vocalizations. Dual guitars (albeit in slow-mo) on otherwise lackluster "A New World". A wayward key flourish and drum shuffle introduce "Not Built By Human Hands", but those vocals...ouch! The 3:55 instrumental "Structures" kicks into a gallop, right from jump, and features the album's grittiest guitar parts. The prophetically entitled "Towards The Unknown" finale lasts 10:14.

An Internet era, run-before-you -can-walk scenario: ability (particularly in terms of a "vocalist") lagging lightyears behind the ideas. Equivalent to a Space X Falcon rocket imploding on the launch pad, but hey, eventually Elon Musk got it right. Maybe Starscape will too?