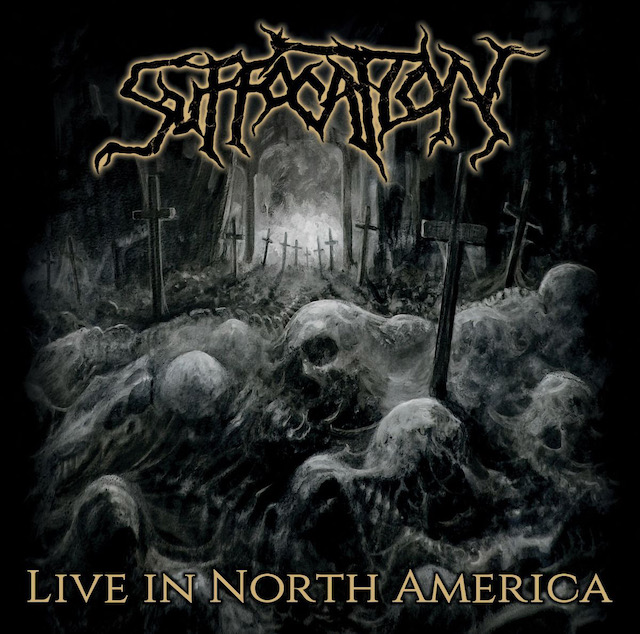 I generally can't get too excited about live death metal albums, but when the band in question is legendary DM crew Suffocation, what's not to like? Especially when the band's time with lead growler Frank Mullen is done, a fact that I still haven't really come to terms with. So this release celebrates Mullen in all his glory on stage, with recordings taken from his last tour with the band, in 2018.

The production is absolutely spot-on, sounding live but also, well... you ever seen Suffocation live? The band sounds absolutely insane, and that comes through on this recording, which is in some ways more enjoyable than at least some of their studio albums. As for the tracklisting, well, when you only have 13 songs and a long, celebrated career to get through, it's not going to be easy, but the band delivers the goods—hell yeah “Funeral Inception”—as they rip through amazing song after amazing song, as always handling both the blasting and the slower parts with equal amounts of ease, absolutely smothering and crushing you in the process. It leans heavier toward classic material but there are a few nods to the newer records, and it shows how consistent this band is, everything flowing perfectly together.

I remember feeling my heart moving around in my chest in time with the kick drum last time I saw Suffocation, and while this record doesn't actually do that, it brings the painful, glorious memories back. What a great testament to an era. And, Frank, thanks for all the incredible music.