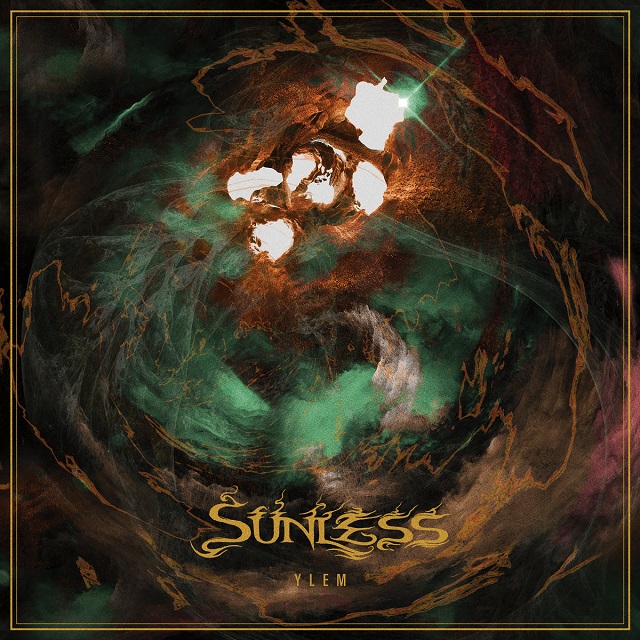 After one independent release, Minneapolis-based dissonant death metal band Sunless have been picked up by heavy-hitters Willowtip for this second full-length. That's definitely a smart move on Willowtip's part, I mean, about 60 seconds into opener “Spiraling Into The Unfathomable” I was all ears, the band's take on exploratory DM bringing to mind biggies like later-era Gorguts or Ulcerate, the song a mix of open space cosmos and dissonant grinding, the 4:41 song feeling like a lifetime in all the best ways.

The subtle songwriting twists and turns on songs like “Ascended Forms” show the band have technical chops but aren't out to blow minds with them; rather, they blow minds on the journey, the dense atmosphere, the overwhelming oppression of the intensity created. Album highlight “Atramentous” is massive, using both slower parts and grinding death to paint an enveloping picture, even if the riffs in the middle almost nod to an unlikely '90s post-hardcore influence. “Forgotten (Remnants Of Life)” is almost concise enough to have what it takes to be a downright memorable song, an anthem for this sort of extremity, which is impressive, because as much as I love the sound, it doesn't lend itself well to crafting anthems.

This is very forward-thinking death metal, down through the caves but with a refreshing amount of cosmic trailblazing involved as well, the band looking at established acts like Blood Incantation or even Pyrrhon and saying, hey, we're ready to open for you, and give us a couple years and we'll see who's opening for who.