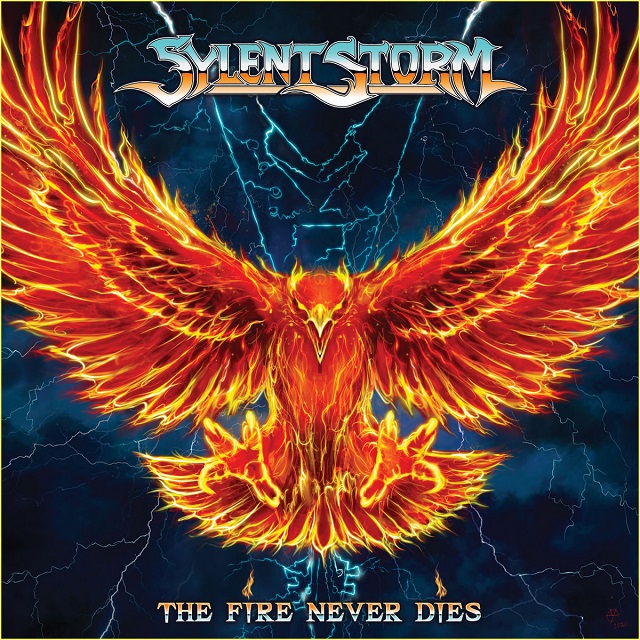 The spine of the CD tray card proclaims: Traditional US Heavy Metal. In that regard, it has a big (slightly commercial) production, but (unfortunately) never gets aggressive: earlier Dokken than Mötley Crüe or W.A.S.P. The dozen tunes (including the aforementioned instrumental) prefer to stay in the same narrow timbre. Very good at what they do, but would love to hear Sylent Storm uncork an absolute "stormer" amongst the mid-paced canon. Perhaps these newbies will take on a greater urgency live (as a couple of YouTube concert clips suggest)? Four of the cuts are reprised from the Dec '18 eponymous EP, including the call-to-arms "Patriots Of Metal". Still believe the "Spirit, blood & guts, Metal Patriots, all for one & one for all" chorus is a T-shirt catch-phrase waiting to happen! "Betrayal", which closes this disc, was my pick of the litter on their earlier outing: a rare altering of the dynamics. In between that pair of oldies comes the acoustic strummed "Sleeping In The Rain", where Harris does his best folksy (aka non-metal) balladeer impression.

Strong, infectious ear-candy from the Pacific Northwest. Sure to be bigger, overseas. Investigate.