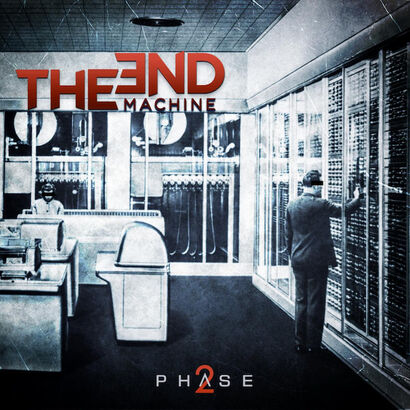 I don’t need to reiterate what these guys play or where they are from, right? George Lynch, Jeff Pilson, Robert Mason, joined by brother of Mick Brown, Steve on drums, for Phase Two of The End Machine. The lineage to Dokken, and especially Lynch Mob-esque similarities are just unavoidable, natural, given everyone’s pedigree and history, and its fine. George has retired the Lynch Mob name, plus George, Jeff, and Mick (who has retired from playing drums) have not played on a Dokken album together since one song in 2016 for the Return To The East live. Mason has been in Warrant for many years and has only sang on two early Lynch Mob albums. So sure, why not collaborate together. After a minute long intro piece opens the album “Blood and Money” does kick Phase Two off in a “Tooth and Nail” type fashion, but Lynch’s guitar tone does not have that metal edge. And while his solo is also furious with lots of tapping and the melody, like I said given his guitar setup prevents this sounding like it should be on a Dokken album. But gotta say there is a familiarity.

“We Walk Alone” slows down the energy but Mason does not pull back on the emotion in delivery. “Dark Divide” would be a good radio tune, guitar riffs settle down during the verses with nice backing vocals by the guys. Keeping with the consistency of the guitar sound and bass, “Crack The Sky” again sees the guitars taking a back seat to Pilson’s bass. “Prison Or Paradise” really could fit on a Lynch Mob album where again Lynch and Pilson leave space within the arrangement for each other to shine with either the riff, bass line, or the melody in Lynch’s leads. Layered vocal harmonies on “Plastic Heroes” which I could hear on a modern day Dokken album if the guitar had that metal edge. Again, Lynch constructs tuneful guitar passages and complimenting notes during “Scars”, and actually this is kind of his album. A little bluesy/Hendrix on the initial riff for “Devil’s Playground” and accenting keyboards by the multi-talented Pilson.