THE ROLLING STONES – A Bigger Bang Live On Copacabana Beach 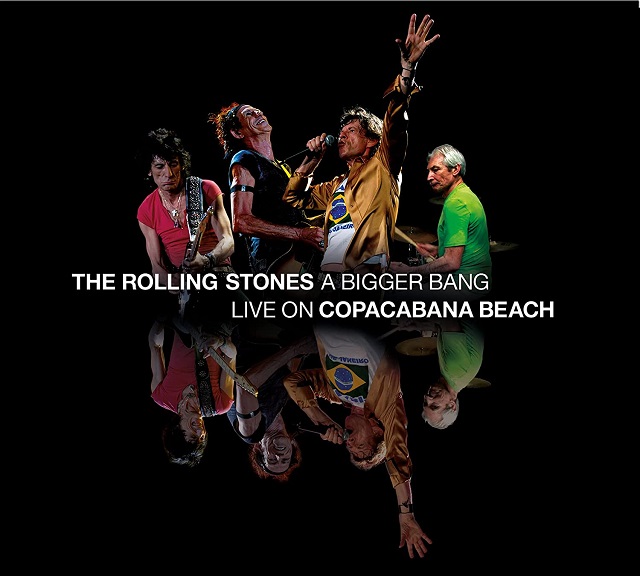 The date was February 18, 2006. The Rolling Stones played a free concert on Copacabana Beach in Rio De Janeiro, Brazil. This unparalleled spectacle, with 1.5 million fans in attendance, was broadcast on television in Canada and The United States. Now, this once in a lifetime event has been remixed, re-edited, remastered, and fully restored. The DVD+2CD set, captured on the A Bigger Bang World Tour, features four songs not included on the original 2007 DVD, The Biggest Bang. Specifically: “Tumbling Dice”, “Oh No, Not You Again”, “This Place Is Empty”, and “Sympathy For The Devil”.

During the two-hour set, comprised of 20 songs, vocalist Mick Jagger’s energy never fades! From the initial notes of “Jumpin’ Jack Flash” to the final chords of “Satisfaction”, he’s strutting, bopping, and dancing all over the enormous, brightly lit stage – and clearly enjoying every moment of it. Guitarist Keith Richards provides a breather when he sings a pair. Prior to that, an unexpected cover of Ray Charles’ “Night Time Is The Right Time” is aired.

Spoiler Alert: During “Miss You”, the center section of the stage travels down the incredibly lengthy catwalk, thereby putting The Stones up close and personal to an entirely new section of the enormous crowd; and it remains extended for “Rough Justice”, “Get Off Of My Cloud”, and “Honky Tonk Women”, before returning to its original position. Unfortunately, personal favorite “Dead Flowers” did not make the set list, and the omission of a behind the scenes featurette detailing what went into making this mind-blowing performance – which took place on a two-and-a-half mile stretch of sand, adjacent to the Atlantic Ocean, requiring 500 security guards and 6,000 military police officers – is sorely missing. But, “You Can’t Always Get What You Want”.