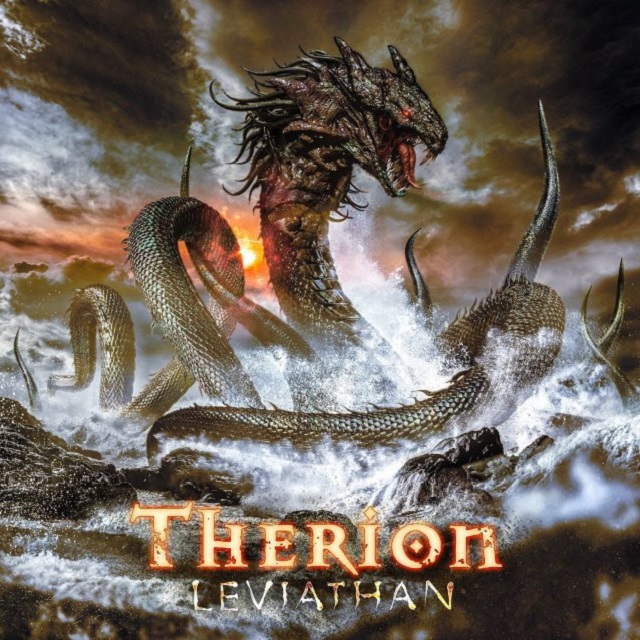 From the initial strains of "The Leaf On The Oak Of Far" it's readily apparent that Leviathan is something different for this multifaceted enclave, for the better! Straight-forward and only 3:23 in duration, easily the most accessible melody (dare I say toe-tapping "pop"?) Christofer Johnsson has ever put forth, backed by a cooing female voice. But, this is Therion, after all, and it quickly gives way to the de rigueur classical/symphonic choir. Special guest Marco Hietala (Nightwish) lends his voice (alongside ABBA-ish female counterpoint) on follow-up, "Tuonela" and by the time we get to #3, the mid-tempo title track, it's a full-blown Therion encounter, duel-sex chorus and trilling operatic female voice. "We have done the only thing that was left of all the different angles to explore", explains Johnsson. "We have decided to give the people what they kept asking for: the first album deliberately packed with Therion hit songs."

Time will tell as to how many of the eleven current compositions (to call them "songs" seems so cheap, as they are/remain closer to orchestral arrangements, if not film scores, or at least classic Christmas carols, than what can be heard in popular culture/on the radio/Internet) will supplant favorites from a thirty year catalog. Even with a reduction (not complete elimination) of the mystical lyrics/reference points, what Johnsson sees as a "hit song" is radically unlike what the average listener (not even metalhead) envisions. The chief differentiate being the multiple voiced ensemble to push forward the narrative. Sure, there are solo singers (like the visiting Tarot bassist/singer), but even these spotlight moments are accompanied by (literally) a host of voices.

German entitled, the waves of time ("Die Wellen der Zeit") serves as a female fronted (albeit choir augmented) ballad, totally symphonic, no connections to rock/metal music, as opposed to heavy drum presence in "Eye Of Algol". Although there's a consistent symphonic strings underpinning to "Great Marquis Of Hell", complete with snippets of choir, it's as close to a conventional, male-voiced metal track as one gets on Leviathan. As with much of the album sequencing, the nod to conventionality over, Johnsson returns to the more highbrow, aka orchestral "Psalm Of Retribution".

As always, Therion is not for everyone (nor is meant to be!), but this time around, definitely could appeal to wider audiences. If you've been leery, or put-off previously, now is the time to check 'em out.