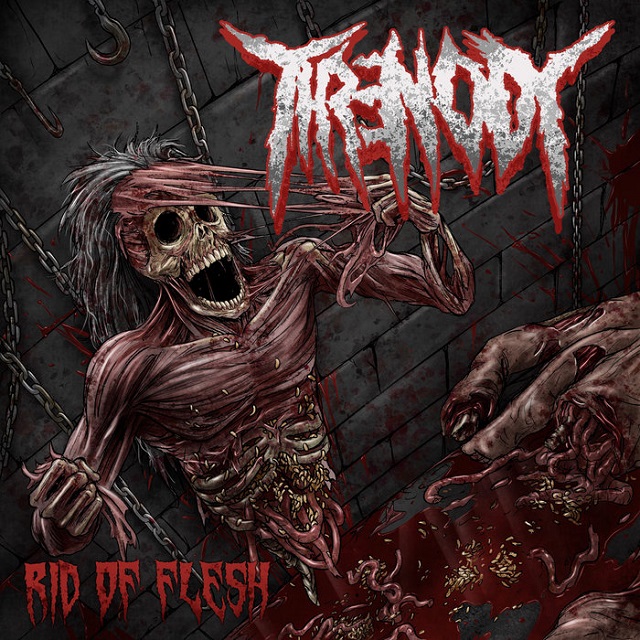 Bit of a confusing backstory here: Pennsylvania's Threnody were around back in the early '90s, and here three of the five original dudes, with two newbies, are presenting “re-visioned” versions of eight songs from 30 years ago. Whatever man, if it's death metal, I'll listen.

I wasn't expecting much, but opener “Picking At Slough” kills it with total Cannibal Corpse levels of determination, and “Crib Death” follows that up with some groove and memorable vocal lines... Wait, what is this that stands before me? Resurrected (okay, “re-visioned”) DM from 1990 that actually sounds fresh and vital? “Cess Remnants” does the Obituary caveman stomp before going back to some very Cannibal riffing, and “Maggot Fest” continues to gnaw away at my brain cells in a pleasant enough way. I keep thinking this will get dull, but the title track's journey through the sludgey sewers is a nice wake-up call at the halfway point, and “Internal Infestation”, although I suspect the lyrical sophistication is making me dumber yet, is a total banger. “Choking On Blood” again showcases this band's oddly fine-tuned ability to write memorable vocal hooks; “Dissected Infected” ends it off with some well-placed blasting for the finale.

This is as solid as meat-and-potatoes DM comes, the backstory really only confounding matters, although it does give it an air of era-appropriate authenticity; if this was new material from a new band, I might be a bit less interested, although would be hard pressed to really explain why. But I can explain why I enjoyed this: it demonstrates all that is great about back-to-basics death metal from the time when that was some of the most exciting music on the planet.