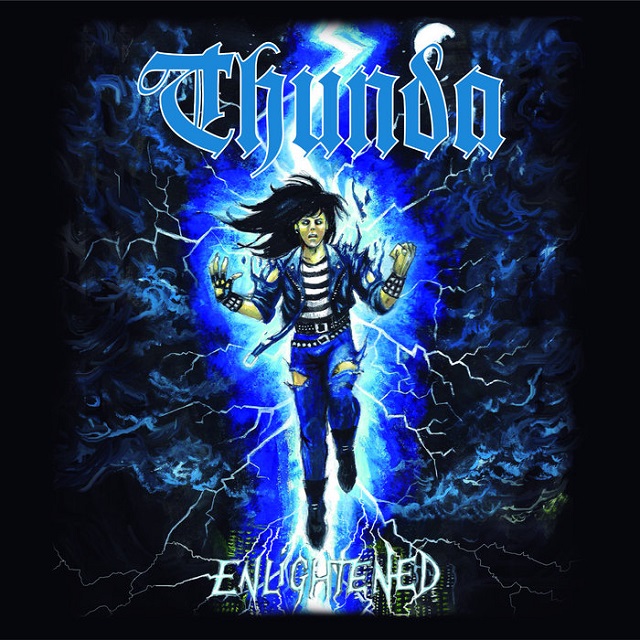 Long time coming, this eight song ("Metalized Thunder" is just a 54 second, album opener), full-length debut from Colombian traditional minded outfit. There was a self-titled EP over a decade ago and then... nothing. In the best (but, all too infrequent) moments, namely "Crash" and instrumental "Vicious", they recall a similar guitar driven aggression to the earliest works of Metal Church and/or Jag Panzer, albeit with a higher register-to-falsetto, (accented) English language vocalist. Elsewhere, it's a mix of old school sounds, including the smooth delivery/commercial sensibility of "Savage Lover".

The title track (the first proper song, following the aforementioned intro) is a mid-tempo chugger with impossibly stratospheric punctuation. "Midnight Warriors" is a tale of concert attendees. From a humble, mid-tempo start, the final third of "Crash" accelerates into a twin guitar race, exchanging emphasis, to the end, whereas the speedy/voiceless "Vicious" lives up to its name, from jump. In between is "Lord Of The Night", another mid-paced number. "Fighting" sees an elevated vocal scale, as it relates the real life trials and tribulations that befall us all, built around some tasty guitar work. Unfortunately, the album ends on a sour note, the Spanish language hair ballad, "Dime”. Even though it eventually provides a little kick, only in the last quarter, still can't rinse away the bad taste.

Still, given the strength of the material, hope it's not another ten years before the next Thunda storm!