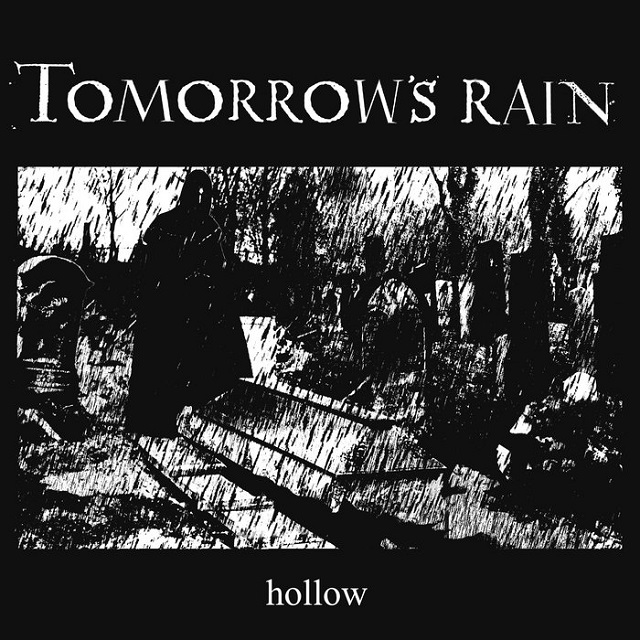 I should get it out of the way and say I really am not a fan of “guest-star-studded” albums; as fun as it can be to play spot-the-metalhead, they’re usually lacking in cohesion and just don’t have the natural flow to them that makes me want to revisit them (listen to that Probot album in the past decade or so? No?). So it’s with a bit of hesitation I put on this long-time-coming debut from Israel’s Tomorrow’s Rain, which is loaded with an, admittedly, impressive slew of guest musicians from bands like Paradise Lost, My Dying Bride, Arch Enemy, Rotting Christ, Orphaned Land, Moonspell, SepticFlesh, and others.

And, man, that’s a pretty good equation for what Tomorrow’s Rain lay down here, minus the melodic death of Arch Enemy (but with some of the glory-ride guitar work), the band firmly in the melodramatic and gothic side of doom, just this side of cheeseball (the whispering-guy vox are just too much), but more often than not killing it in a Paradise Lost/My Dying Bride fashion, as on the excellent “Trees” (featuring Aaron Stainthrope of My Dying Bride on guest vocals, and, yes, it works). “A Year I Would Like To Forget” has a very good doom-metal name and makes me wish I could stop referencing the liner notes to see what guest person appears here and just enjoy the music, as it’s glorious, almost-up-tempo doom of a very high quality, with a killer solo (and, it would appear, is the only song without guests on it). Really, the songs here are all good, the band exhibiting a stately, mature take on doom that is moving and enjoyable. Hopefully they do it on their own next time; they got this.