TOXICROSE - In For The Kill 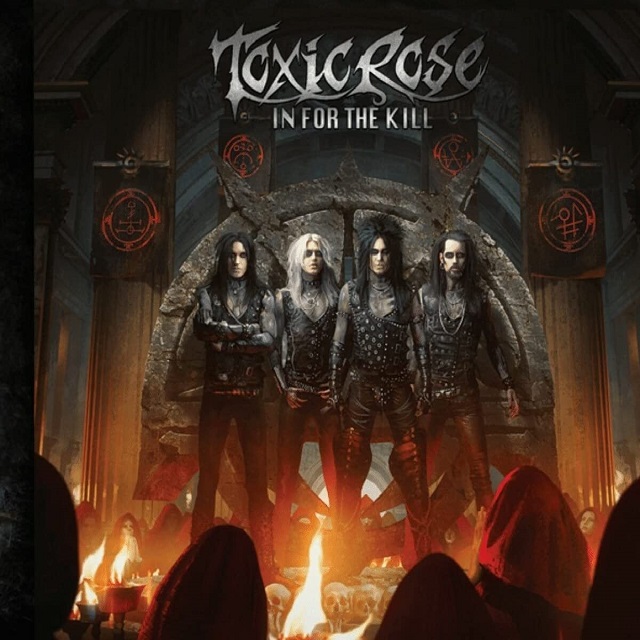 Second album from Sweden’s ToxicRose, who look like Shout At The Devil Mötley Crüe, meets Pretty Boy Floyd, meets Dimmu Borgir. Music leans towards the harder, edgier sounds, but it’s like goth glam with modern riffs and vocals similar to Black Veil Brides from when they were doing this ten years or so ago, which can be heard in first track “Blood On Blood”.

“Heroes” switches gears to more Brainstorm type power metal riffing with the shouting vocal. No, this is not LA ‘80s glam; the music is very contemporary, although “In For The Kill” could have been on a late ‘80/s early ‘90s album from Spread Eagle, Babylon AD, or Every Mother’s Nightmare. Retro busy keyboards begin “Remedy”, a bell and fuzzy industrial guitars to “Angel” before the rhythmic chorus. Unlike a Crazy Lixx from the new wave of glam/ hard rock, ToxicRose much more like minded to Eclipse in the music. “Domination” has a drive and great Nightwish change after the solo section with those accenting keys. “Open Up” chugs along with nothing in common to glam. I like the start to “New Breed” better than the chorus section.

I don’t know how much I like this band. I want to, but it seems like they don’t know if they want to be retro or current. Potential is there in the musicianship, and with the metal edge I can hear Slave to the Grind Skid Row, but they need the riffs and hooks. Maybe pull back on the clothes too? Go for a more Tesla, Badlands, Dangerous Toys look?