TRAPMAKER – Will Of The Warrior 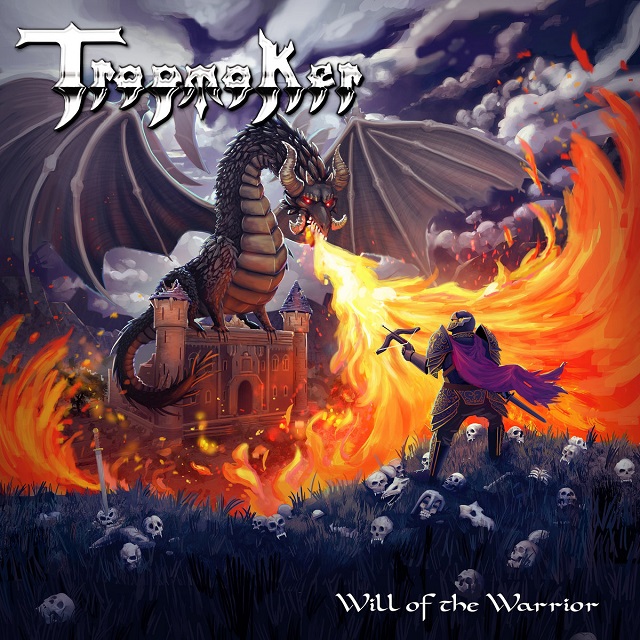 Despite the connotations of the album title and cover art, this full-length debut from California’s Trapmaker is not Euro-style power metal ala Rhapsody Of Fire. Will Of The Warrior is a dirty style of trad metal with a rockier side espoused through some of the offerings. Raw and rough, refinement of the songwriting and the vocals is much needed.

Singer Rob Tombstone is all over the place with his vocal delivery and his screams are grating to the ear. He goes from a strained King Diamond shriek to a similar sounding mid-range and then he’ll pull out raspy Rob Halford-esque tone on the tracks with a more hard rock edge. His enthusiasm and attitude are infectious though; I’ll give him that much. The best Will Of The Warrior has to offer are the final two tracks. Instrumental “Journey To West” sees the unit become inventive with the guitar playing and drumming and indeed sounds like a rabid adventure to a new territory. Closer “I Am The Monster” reaches for a stomping, doomy pace and it works cleverly and also features Tombstone’s best vocal performance. The rest of the record bounces captures the essence of early-‘80s metal that bounced between commercial viability and straight-for-the-throat aggressiveness. They really should have left off the ballad “Far Away”; it does not fit in at all and is downright awful in its execution. “Leather Lover” comes from the Balls To The Wall Accept playbook while “Nazgul” features a bassline Lemmy would be proud of. The lead guitar work by Charles Dang and J.P. Estrada are impressive and provide memorability. Talented guys! Trapmaker needs much improvement, but as it stands Will Of The Warrior is a decent debut and is only for the most hardcore of trad metal fans.