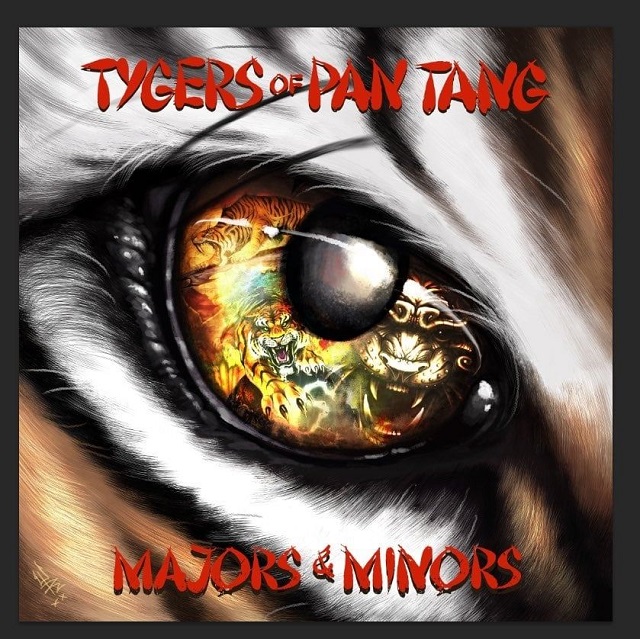 This compilation from the classic New Wave of British Heavy Metal band, Tygers Of Pan Tang, features songs from the past thirteen years and with Jacopo Meille on vocals. Included is an orchestra mix and a live track for this release; songs from the recent Ritual in 2019, plus the self-titled album from 2016, and Ambush which was reissued with four bonus tracks in 2020.

“Only The Brave” and “Destiny” kicks off the fifteen songs with strong crunchy guitars and a tight rhythm section leading into the chorus and hook. One of the qualities that set Tygers apart and different from their peers in the ‘80s was the attention to the melody. Well, many of the bands had it, but Tygers approach was even more melodic, like AOR rock. “She”, exclusive for the CD, a mid-tempo rocker that would have fit on the album The Cage. “Never Give In”, “Let It Burn” are raucous rockers in the spirit of the early ‘80s albums. “Worlds Apart” and “White Lines” from the last album are punchy and show how Tygers has aged well like a fine wine. Always a great balance between edge and melody. The orchestral mix in “Spoils Of War” adds a nice subtle dimension to the song and “Plug Me In” was never released. Crowd noise absent on live track “Keeping Me Alive”. “Hot Blooded”, off Animal Instinct, another cool jam I could hear on radio.

Majors & Minors is a strong tracklisting for those seeking an introduction to the band or if the studio albums are hard to find.