TYMO - The Art Of A Maniac 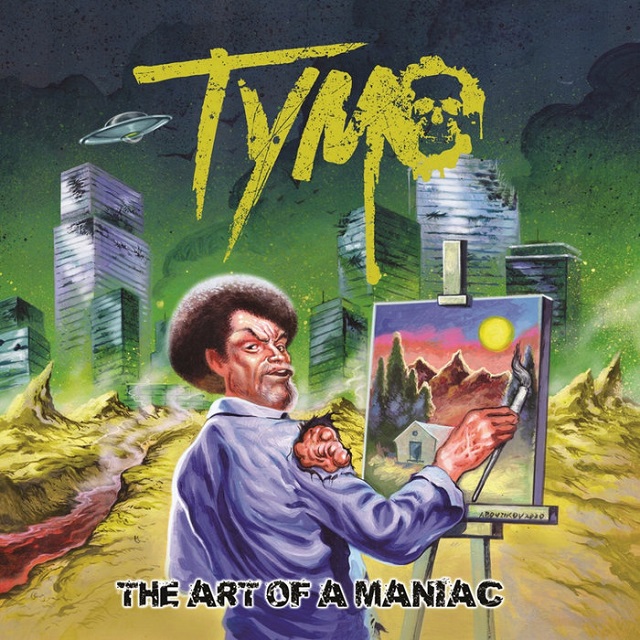 Silly cover art is usually a good way to get me to not take your record too seriously, but I gotta make an exception for this one, the cover art on Edmonton thrashers Tymo's third record The Art Of A Maniac the entire reason why I checked the damn thing out. It's a throwback Repka/Nuclear Assault headbang with an obvious nod to Bob Ross, the “maniac” in question... I mean, it's hilarious.

Luckily, the band have tunes to back up/justify the ludicrous cover, insanely raging instrumental opener “Tymonicide” totally killing it Death Angel-style, as does next track, “Sanity Clause”, which showcases the band's razor-sharp chemistry and OTT thrash riffing, which they do fantastically. I also dig the screamed vocals, and the energy levels in general are just off the charts here. I don't know a lot about Tymo, but I know I don't like that name, and I also know that the band have a revamped lineup since their last album, 2017's Purge & Reset, and it seems to be working out for them, songs like album highlights “Estrogenocide” and the mighty “War Beneath The Skull” showing good songwriting skills, a wildly tight locked-in rhythm section, and an excellent ability to go as hard as any thrash band of the past 20 years, but I'd argue with a touch more energy and songwriting ability than many, and also with enough common sense to keep this record short, so when it ends, I'm hungry for more, raging riffs of “Alcoholocaust” definitely inviting me back for repeat listens as this one comes to an explosive close.