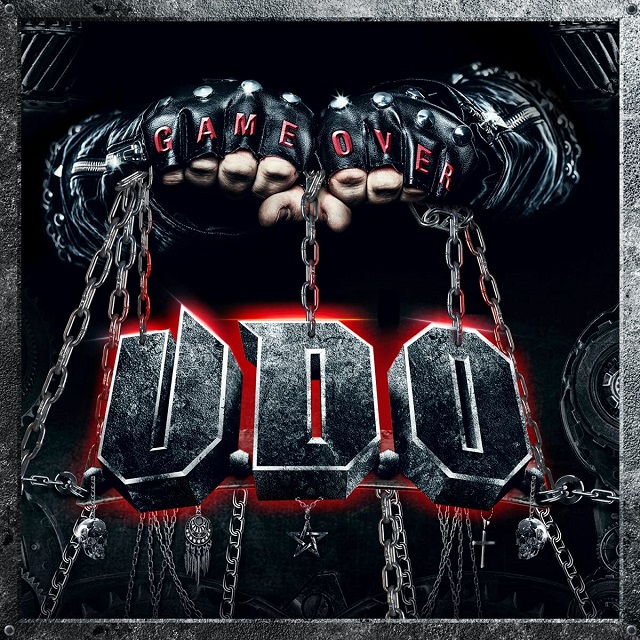 Make no mistake, despite the title, Herr Dirkschneider isn't packing it in. The latest encompasses 16 tracks, lasting 68 minutes, but don't let the cheap cover art dissuade further investigation. Once again dealing with real world topics (including climate change, juvenile violence/guns in schools, proliferation of military arms/warfare), none of that would matter if the music didn't rock (see shockingly sub-par We Are One, from 2020). There's odes to love of metal, as well.

Virtually releasing a new album every year, for the last decade, it's amazing Udo (the man) can keep all the variations on a theme sounding interesting. THAT is a first rate artform! Although, with so many choices, certain archetypes arise: fast song (unfortunately too few in number), ballad (just one), mid-paced, experiment (almost nonexistent), etc. The headbanging "Fear Detector" opener locks into the upbeat U.D.O./Accept framework, delivering a familiar welcome to fans: something to latch onto. Greater breadth is also afforded Andrey Smirnoff, showcasing his guitar work throughout. No matter the speed, the chorus remains an infectious sing-along.

Rather than examine every track, let's focus on a subset of the whole. Shockingly (heretofore unseen) violent S&M imagery was utilized to flush out the pre-release video for "Prophecy", the tempo slightly above mid-paced. There's a staccato, mechanized, mid-tempo stomp to "Empty Eyes", while "Kids And Guns" could be an AC/DC outtake: the classic shuffle, with 4/4 snare/high hat drumming. Can envision Angus skanking about the stage, during the closing coda. Tasty guitar licks greet "I See Red" (the title comprising the gang chorus), before "Metal Never Dies" offers a rather laidback (somewhat autobiographical) paean to our favorite music. Lengthy instrumental passage therein. Land line telephone rings and stalker conversation introduces the bouncy riffing of Teutonic express "Like A Beat".

Udo always includes some wacky number (typically slotted as the finale). While "Don't Want To Say Goodbye", an acoustic guitar ballad (vocals at the fore) isn't really atypically (even early Accept had ballads) it stands apart from the surrounding rock/metal. Speaking of mind's eye visions, can foresee the classic synchronized stage movements of his previous employer while plying a rollicking "Midnight Stranger", which recreates the "It's a bird, it's a plane, it's Superman" voiceover from the ‘50s TV show, where George Reeves portrayed the Man Of Steel.

Actually the later end of the running order, especially the last four cuts, unabashedly harkens to the Accept days. That said, "Time Control" kicks off with a 'whoa whoa' section that recalls "They Want War" off the '88 U.D.O. debut (Animal House), before the albums closes with a fist pumping, gritty guitar augmented "Metal Damnation". Simple and repetitive, the titular phrase is practically the only lyrics.

Can't teach an old dog new tricks, but with this pedigree, why try? Just enjoy the champion breeding!